Currated By:
FRANK OCEAN
Published By:
The Dowsers
Post By
Sam Chennault 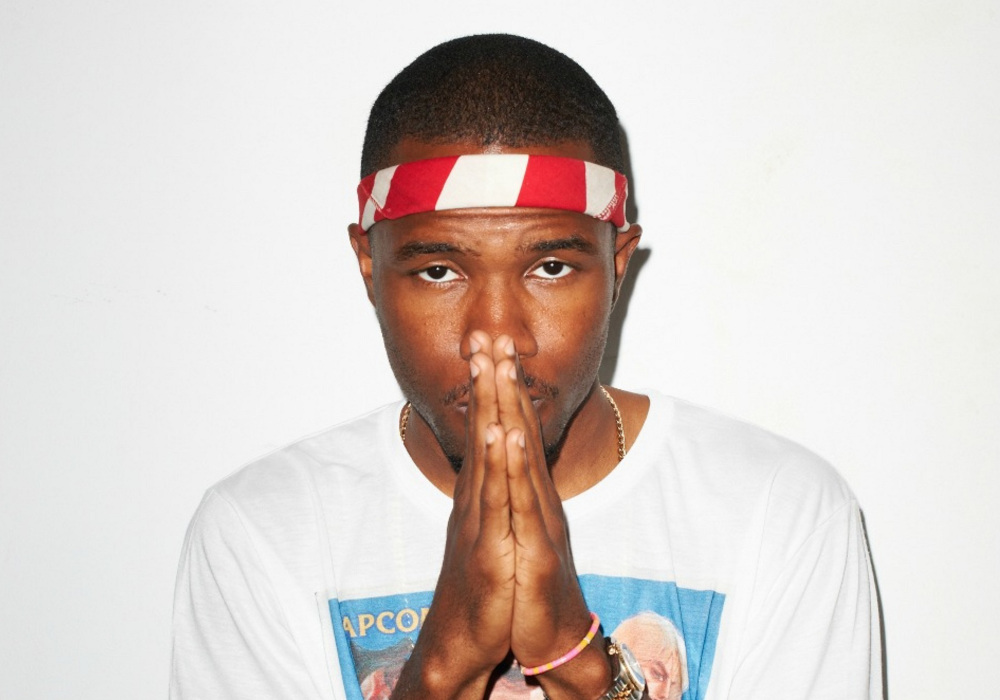 We may have reached a sort of peak America on August 20, 2016. After a fit of false starts and head fakes, Ocean revealed his masterpiece, Blonde, an album that, in many ways, embodied a greater idea of what America could be: inclusive and diverse, both culturally and aesthetically; adventurous and transparent, embracing experimentations in search of an emotional honesty; and, not least importantly, fun, and filled with an overarching optimism.Things may have gone downhill since then, but we still have Frank, and he’s been particularly productive in 2017, releasing a slew of more pop-oriented singles, and, maybe just as importantly, curating his own radio show, blonded, on Apple Music. Ocean has never been particularly forthcoming in interviews—on the few occasions he’s done them—but his taste in music offers a rare and deep glimpse into his creative processes and inspirations.For many, Ocean’s music is singular, and his talent and sound seem to have emerged from a vacuum, but there are specific antecedents to each component of his music. Like many music masterminds—from Prince to Radiohead—he’s interested in genre pastiche, extracting and recontextualizing broad and seemingly disparate forms of music. Listening to these broadcasts is like watching a master chef at work in their kitchen.We’ve combined and organized selections that Frank picked for blonded, as well as previous lists he’s provided over the years and the music that he’s sampled, dividing the playlists largely along genre lines in order to provide a key for how Frank thinks about music. The main playlist here represents a megamix of all the tracks featured in the segmented playlists below. (You can access the original blonded podcast by visiting Apple Music, or subscribing to our Spotify channel, where we’re collected them as Spotify playlists.)FRANK’S AMBIENT/ELECTRONIC/GLITCH ITCH

Frank Ocean’s video performance piece Endless was a teaser “album” of sorts, released just one day before Blonde. With the visuals’ stark, high-contrast lighting, and the tracks’ broken soundscapes and fractured melodies, it was an immersive and frequently confounding experience. There were certainly songs there—the Isley Brothers/Aaliyah cover “(At Your Best) You Are Love” remains one of the most haunting tracks Ocean has released—but for the most part, the piece was focused on generating a skeletal, unsettling, and haunting atmosphere. This vibe was carried over to the creeping sounds of Blonde tracks “Seigfried” and “Futura Free.”This focus on textures over tunes is the common denominator for most of the tracks on this playlist. A beautiful, gentle piano melody emerges from the skittering beats of Aphex Twin’s “Flim.” Todd Rundgren’s 1970 proto-ambient work “There Are No Words,” meanwhile, moves like fog—eerie, otherworldly, and all-encompassing. Rundgren’s other contribution to this playlist, his 1973 track “Flamingo”—sampled on Ocean’s track “Solo”—is comparatively less whispy, with chirping birth noises fluttering around a circular synth figure. It’s no surprise to see Arca here; the Venezuelan queer performance artist and Kanye/Björk producer has been mining the same space between operatic melodrama and jarring ambient noise as Ocean did on Endless and the last half of Blonde. The tracks here do occasionally gain momentum —with French maverick Sébastien Tellier’s reflective 3 a.m. anthem “La ritournelle” in particular—but, for the most part, the music here serves as a pensive, ambient mood board.Further Listening:Decoding Endless: Frank’s Wild YearsThe Best Ambient TechnoThe 50 Best Ambient Albums of All TimeAphex Twin’s Field DaySUNDAY-MORNING HEARTBREAK AND SOFT R&B JAMS

There’s a warmth and intimacy to many of Frank Ocean’s best tracks—think of the delicate dance of “Pink + White” from Blonde, or Channel Orange tracks like “Bad Religion,” the bouncy “Monks,” or the titantic “Thinkin’ About You.” The Rhodes-driven tracks reference, of course, the classic R&B of Stevie Wonder, but they also point towards another, more modern and gentle strand of R&B that descended from neo-soul forebearers such as Erykah Badu and D’Angelo. Esperanza Spalding (who Frank included on inaugural edition of blonded radio) is a great example of this, skirting the borders of jazz, funk, and soul and paying homage to each, but carving out a singular aesthetic that’s both modern and timeless.The best tracks here are those that negotiate traditional genre boundaries with a gentle grace. Yussef Kamaal’s “Yo Chavez” interweaves vibe-laced ‘70s jazz fusion with a shuffling broken beat over airy textures that points towards the looser, groovier parts of Channel Orange. The classic boom-bap funk fuzz of the OutKast/Erykah Badu collaboration “Humble Mumble,” or the loose, euphoric glow of Kehlani’s “Undercover,” also reflects the warmth of Ocean’s “Pink + White,” while Darando’s raggedy falsetto on the forgotten ‘70s classic “Didn’t I” (originally included on installment five of blonded radio) is endlessly fragile and haunting. These are deeply intimate love songs, but most of these capture a love interrupted, deferred, or forgotten—a confessional focus that Ocean has returned to time and time again throughout his career.This is perfect Sunday morning listening, but it’s pretty damn good for any day (or time) you want to push play.Further Listening:Raphael Saadiq Behind the ScenesWhy SZA’s CTRL Is the R&B Album of the SummerUnpacked: Solange’s A Seat at the TableFRANK’S RAP TRAX

In many ways, Frank Ocean is less invested in rap music than his R&B peers. When he listed out his favorite tracks for the Blonde magazine last year, hip-hop was absent save for an OutKast and, um, DRAM track. And while Ocean has provided guest turns on a number of tracks—and he actually raps on Earl Sweatshirt’s lazy, SoCal anthem “Sunday”—he’s not nearly as promiscuous as other singers, and, as frequently as not, he tilts the gravity of the track so that they become Frank Ocean songs. (Kanye, wisely realizing this, stripped his contribution from the end of The Life of Pablo’s “Wolves” and made it its own track, the appropriately entitled “Frank’s Track.”)Still, Frank is deeply invested in the genre, both through his Odd Future lineage and in rap’s culture, sound, and attitude. The hip-hop tracks that he’s included on blonded radio (episodes #4 and #6 focus on the genre) and beyond tend to be chart-driven singles, and remind us that Ocean is ultimately a pop artist. The hypnotic “Tunnel Vision” from Kodak Black has this year’s best use of the flute (and, really, that’s saying a lot) and matches the loopy, hall-of-mirrors vibe of many Ocean tracks. And while Frank famously called out the Grammys for giving Album of the Year to Taylor Swift over Kendrick—"hands down one of the most 'faulty’ TV moments I've seen"—that’s not the only thing linking Lamar and Ocean. Both endlessly distort and manipulate their voices: Kendrick changes registers, effects, and pitch with nearly every verse, while Ocean—on tracks like “Nikes”—uses vocal mutations to add both texture and narrative drama to his tracks. It wasn’t surprising that he included “LUST.” on installment #4 of blonded.But, more than any aesthetic linkage, these guys are his friends (A$AP Rocky), his collaborators (Future), and his idols (OutKast), and this playlist acknowledges those influences and associations.Further Listening:Kendrick Lamar’s DAMN., UnpackedFrank Ocean’s Best Guest SpotsSongs That Prove the Flute Was Always Hip-Hop’s Secret WeaponFRANK’S INDIE ROCK FIXATION

“Indie rock” is a bit of a misnomer. It always has been. It’s more of a philosophical approach or psychographic than it is an aesthetic designation, but, however you look at it, Frank Ocean has long been a rabid fan of this spectrum of music. The surf-rock guitar line that anchors “Ivy” wouldn’t have felt out of place on any number of ‘60s-revivalist rock records from the past decade, while the clamour and noise of “Pretty Sweet” sound a lot like the psych/lo-fi groups that populated the ’90s rock landscape (though, granted, the two-step/garage drum line at the end turns it into a Frank Ocean track), while the bouncy melodies and sullen vocal counterpoints owe more than a little to The Smiths.There’s been a long-standing tradition of indie-rock critics trying to project their own music onto R&B and hip-hop musicians, and that’s not what we’re trying to do here—but it’s also undeniable that Frank has focused a lot on this type of music (particularly on the fifth edition of blonded radio). Some of the selections here are exactly the songs you’d expect from someone who spends his summers headlining festivals—MGMT’s “Electric Feel,” The Flaming Lips’ “Yoshimi Battles the Pink Robots”—but others convey a deeper investment. Suicide’s “Frankie Teardrop” reflects Ocean’s own penchant for creating long-form, mise-en-scene narratives over noisy, clattering backdrops, even if Alan Vega’s tale of a down-and-out factory worker killing his family is a little more macabre than anything on Frank’s albums. The shimmering, ephemeral “Wild Thing Runs Free” from Baltimore noise-punk group Teen Suicide resembles the rambling interludes that dot Frank’s own albums. And it’s not surprising to see (Sandy) Alex G show up on the second edition of blonded—after all, he did contribute guitar work to both Endless and Blonde—and his track “Mis” is imbued with a certain shambolic majesty.We don’t want Frank to abandon custom luxury cars and glitter for stick-and-poke tattoos and dive bars, but this is a great, revealing, and fairly unexpected playlist.Further Listening:Ambient Dream Folk & Beyond Dreamy Noise Sounds: The Best of Kranky RecordsFierce and Fuzzy: The Lo-Fi Revolution