A Guide to Dallas Rap 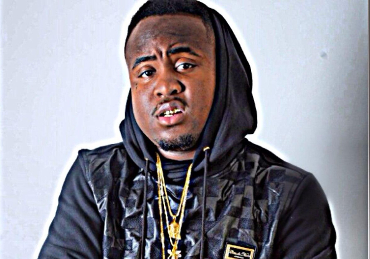 Source: Mel of the Outfit, NoiseyA Guide to Dallas Rap ; Listen for free at bop.fmMel, from Dallas rap group, The Outfit, curates his list of the top 24 Dallas rap groups that matter right now. There are some great finds here -- Topic, Crit Morris, and Johnny Cage are from great to good -- and there are also some artists that I never want to hear again -- Dustin Cavazes, namely, but whats most interesting is how the scene is a microcosm for the larger rap world -- a dash of hipster rap, a pinch of street, a bit of frat rap bullshit, and then a dabble of crossover. Anyway, if nothing else, it was enjoyable to read the story behind "My Dougie":

Around 2007, a number of Dallas artists began to soundtrack a sort of inner-city war dance—residents of various Dallas neighborhoods would hit their respective variations of the dance before or after brawling—that became the Dallas Boogie...Thousands of kids in the region uploaded videos of themselves hitting the boogie to the new hot Dallas tracks, and some of these reached millions of views in a couple of months’ time.Then, in 2009, right as this two-year-old movement seemed on the cusp of going national, the LA rap group Cali Swag District made an homage to the movement, influenced in particular by North Dallas rapper Lil Wil’s “My Dougie.” Their song, “Teach Me How to Dougie,” became a global phenomenon, and Dallas’s distinctive style and music—everything from the crazy, dyed haircuts to secondary dances to songs like “Ricky Bobby” and “Cat Daddy” to usage of the long-time Dallas-area familial term “bro”—became rebranded as a California thing, a setback for Dallas that still smarts.