Currated By:
A$AP ROCKY, A$AP FERG, AND A$AP YAMS
Published By:
The Dowsers
Post By
Will Hagle 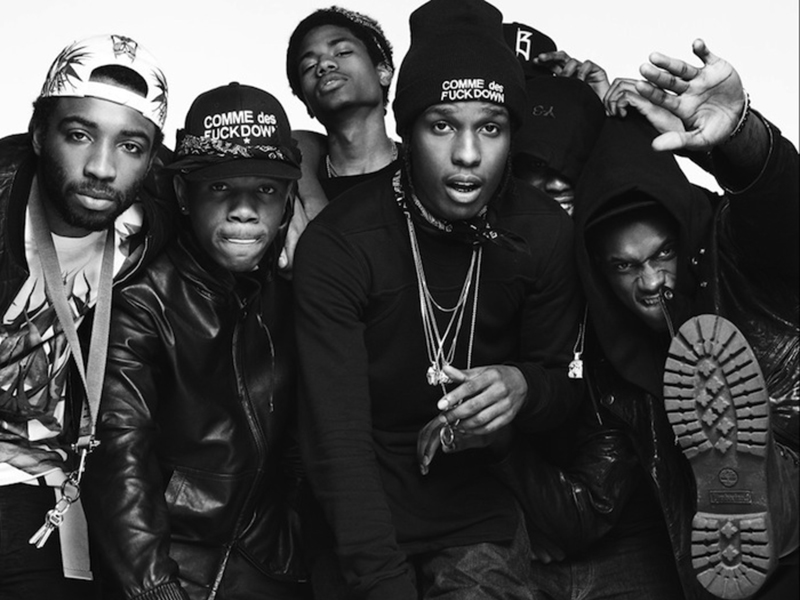 A$AP Mob has been having a productive summer. A$AP Twelvyy released his debut album 12, and A$AP Ferg dropped his Still Striving mixtape. The group’s sophomore studio album, Cozy Tapes Vol. 2: Too Cozy, is scheduled to be released on August 25.Although the collective is still going strong, they’ve been through a lot since they first rose to prominence earlier this decade. A$AP Yams, co-founder, music business guru, and de facto leader of the group, passed away in 2015. A$AP Rocky, the Mob’s biggest star, hasn’t released a new album since that year. As is the case with any popular group, their momentum has begun to slow.In 2012 and 2013, when the buzz behind A$AP Mob was just beginning to peak, Complex ran a series of features highlighting various members’ favorite albums. A$AP Rocky and A$AP Ferg both listed their top 25 albums, with A$AP Yams listing his top 42.This playlist consists of songs from the A$AP Mob members’ respective lists of albums, which vary widely in genre and sound. A$AP Rocky, whose choices account for the first 23 tracks on this playlist, lists rock groups like Nirvana, Colplay, Cold War Kids, Red Hot Chili Peppers and Jimi Hendrix among his favorites alongside rap legends like Rakim and Big Pun. A$AP Ferg likes Selena. A$AP Yams liked Stillmatic more than Illmatic. A$AP Rocky specifically mentioned he didn’t like College Dropout, only Late Registration. A$AP Ferg liked both, plus 808s and Heartbreak and Kid Cudi.Despite the differences, there are commonalities. Everyone in the A$AP Mob loves Cam’ron and Dipset, which is unsurprising considering both hail from Harlem and brought global attention to their New York neighborhood by utilizing the group format. All three also list DMX among their favorites. A$AP Rocky said he listened to DMX to remind him of home when he had to move to Harrisburg, Pennsylvania as a child.The A$AP Mob members reference the styles that influenced their sound, citing New York classics from the era in which they grew up as well as the Texan sounds of UGK and Scarface that A$AP Rocky notoriously incorporated into his music. Most of the songs on the playlist are recognizable singles or classic tracks, to underscore the fact that the group’s members have been inspired by music everyone likes. They’ve already produced work of their own that should stand the test of time, and hopefully their new music continues in that tradition.