The Afrofuturist Impulse in Music 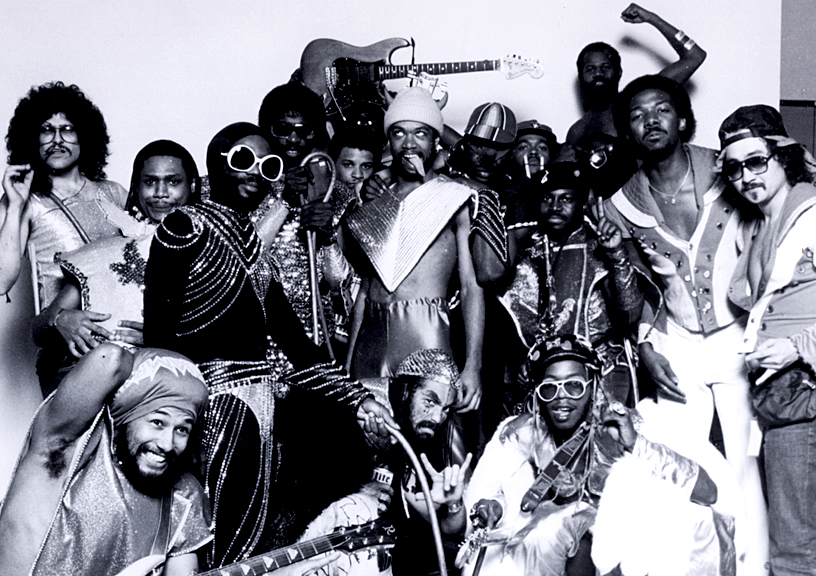 This post is part of our Psych 101 program, an in-depth, 14-part series that looks at the impact of psychedelia on modern music. Want to sign up to receive the other installments in your inbox? Go here. Already signed up and enjoying it? Help us get the word out by sharing it on Facebook, Twitter or just sending your friends this link. Theyll thank you. We thank you.Probably the first exponent of what later became known as Afrofuturism was avant-jazz visionary Sun Ra, who began releasing cosmic-themed albums like Super-Sonic Jazz and Interstellar Low Ways in the late ’50s. Yet it truly exploded into popular consciousness when George Clinton’s mothership full of stardusted weirdos touched down over a decade later. Emerging from the intersection of mind-expanding psychedelia and Black Power consciousness, Parliament-Funkadelic’s science fiction-inspired funk introduced a stunningly new aesthetic, one that would eventually seep into the very fibers of hip-hop, techno, and R&B. That said, citing examples of Afrofuturism is significantly easier than actually trying to define a nebulous concept that blurs the edges between science fiction and magical realism, philosophy and spirituality, modern art and radical political critique. But let’s give it a try…First appearing in his 1994 essay “Black to the Future,” culture writer Mark Dery defines Afrofuturism as “speculative fiction that treats African-American themes and addresses African-American concerns in the context of 20th century technoculture.” These concerns are, of course, racism, oppression, liberation and, over the last decade, Black feminism. Just as vital are issues of identity, in particular grappling with the alienness of a people removed from their homeland, stripped of their culture, and enslaved in a far-off continent. Again, from Dery’s essay, “African-Americans, in a very real sense, are the descendants of alien abductees; they inhabit a sci-fi nightmare in which unseen but no less unpassable force fields of intolerance frustrate their movements; official histories undo what has been done; and technology is too often brought to bear on black bodies (branding, forced sterilization, the Tuskegee experiment, and tasers come readily to mind.)” We can add to this miserable list the military-grade technology now being wielded by America’s police force.Dery’s primary focus is literature (including seminal sci-fi authors Octavia Butler and Samuel R. Delany). But perhaps the most fertile ground for the movement has always been music. It’s an impulse that incorporates an astonishing number of voices cutting across a slew of genres: jazz, hip-hop, soul, reggae, funk, electro, Miami bass, techno, and even modern classical. In addition to this rich sonic diversity, Afrofuturism in music boasts a unique intersection of technological innovation, high-art concept, and pop novelty. This matrix reaches back to the aforementioned Sun Ra and P-Funk mastermind George Clinton, the two most important Afrofuturists. Each in his own,unique way mixed up pulp fiction stories of flying saucers with African-American esoterica, deeply philosophical ideas of Black consciousness, and pioneering experiments in sound, including the incorporation of synthesizers. Echoes of their innovations ripple through modern mavericks like Flying Lotus, Erykah Badu, Jamal Moss (a.k.a. Hieroglyphic Being), Danny Brown, Janelle Monáe, and flutist Nicole Mitchell, all of whom have helped carry Afrofuturism into the 21st century.If our playlist’s sprawling mix of interstellar horns, rapping robots, futuristic synths, galactic funk, technoid grooves, and dub-drenched bass does inspire you to explore the literary side of Afrofuturism, then definitely check out the powerful work of both Butler and Delany. Also, the essays of Greg Tate and John Corbett respectively are central to understanding the movement’s deliciously eccentric evolution. Now press play and be prepared for a trip down the alleys of your mind.