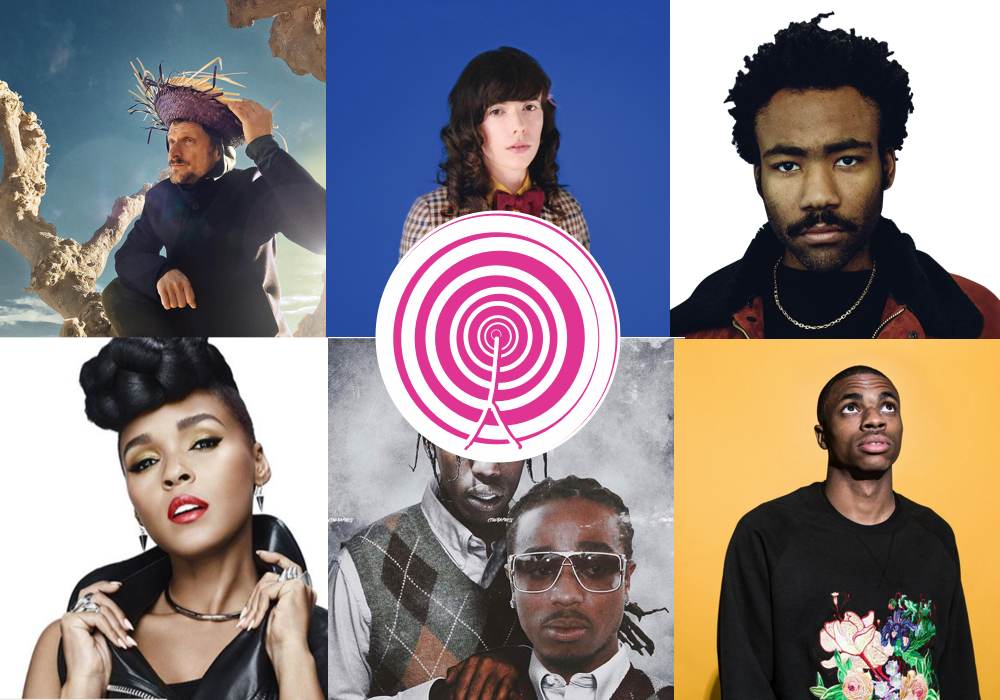 Lets face it, being sentient in 2018 is a pretty grim proposition. The Western order is collapsing. Immigrant children are being torn from their parents. Social media has turned us all into data-packets. Each and every morning we wake up and are greeted with headlines proclaiming the blowback from racism, misogyny, and environmental degradation. Our safety net is disintegrating. Truth is under segue. There’s an opioid crisis, a tariff war, and seemingly a new school massacre every freaking week. Our president is Donald Trump, and our friends are Kim Jong Un and Vladimir Putin. There’s even a guy running for Senate in Virginia who is an active, admitted pedophile.I get that you just came here to listen to the best music of 2018, and not read a depressing recap of 2018’s most nightmarish news, but the two things are connected. Popular music, now more so than any time in recent memory, reflects the dread and dysfunction of our public lives. You can hear it in the dark irony of Childish Gambino’s “This is America” and in the damaged hip-hop soul of Huncho Jack’s “Modern Slavery.” It’s in the narcotized nihilism of Lil Peep’s “4 Gold Chains” or XXXTENTACION’s “Sad!”, and in the clamoring industrial noise-scapes of Osheyak’s “Hidden Teeth” or the pinging rap cacophony of Jpegmafia. Even when our music is hopeful, you can still spot the shadows of our particular malaise. Janelle Monae and Kamasi Washington push the gospel of resistance, and even transcendence, both of which are empowering, of course, but it also serves to draw our attention back to our collective cancer. One really has to look to electronic music for any true relief, and new music from DJ Koze, Nico Jaar, DJ Sports, and Axel Bowman feels particularly sublime -- you need a pretty big flashlight to combat this darknessAnd while this all sounds horribly depressing, it’s also resulted in some great music. There has yet to be the single album-length masterpiece -- no DAMN! or Yeezus -- but we’re not living in the album age, and each week seems to bring some titanically awesome single, whether that’s Jean Grae and Quelle’s “Gold Purple Orange” or Oneohtrix Point Never’s “Black Snow.” And even if the public landscape looks impossibly grim, we’re undeniably lucky to live in the same world where Peggy Gou, Vince Staples, Nils Frahm, Cardi B, and Kendrick Lamar are all making music. So let’s rejoice -- it’s rally the best logical response to this ongoing shitshow.