Currated By:
BOB WEIR
Published By:
The Dowsers
Post By
Stephanie Garr 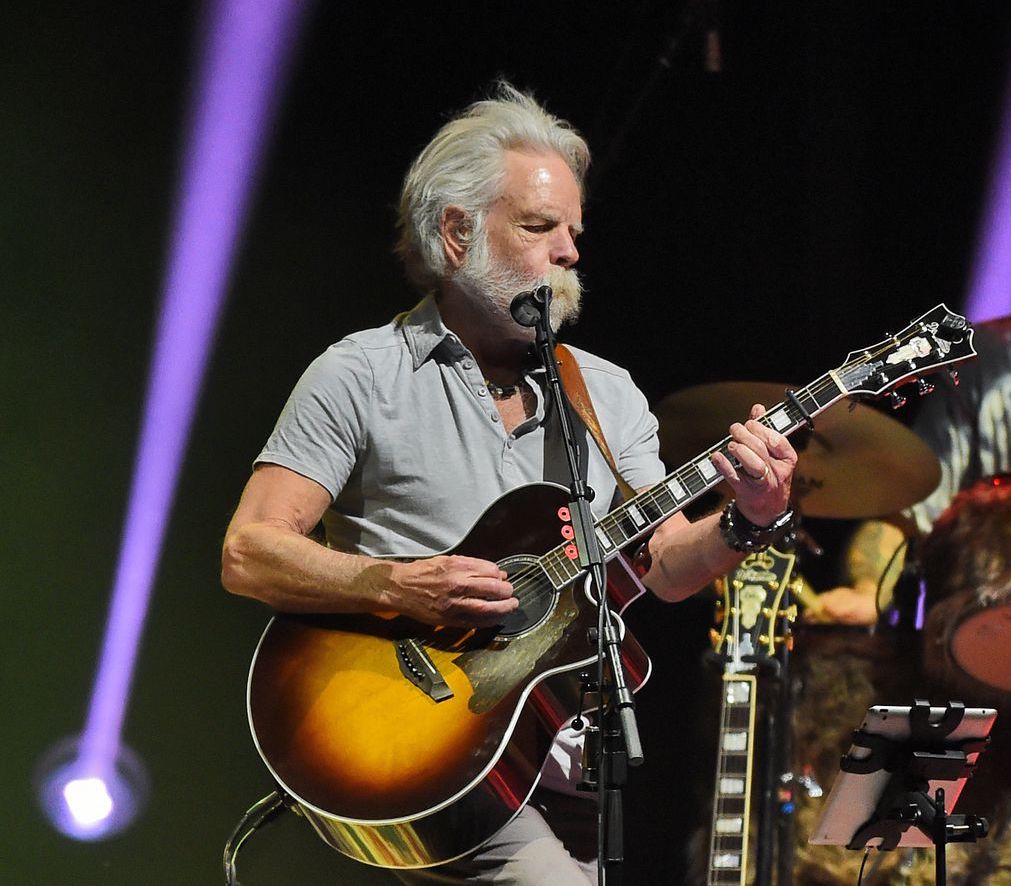 What’s This Playlist All About? Grateful Dead OG Bob Weir is reportedly quite the workout warrior. (Just check out the man’s Instagram for proof.) To help inspire the rest of us to peel ourselves off the couch and get active, too, he’s shared his “ultimate gymming playlist,” a one-hour mix made “with a little help from my daughters, Monet and Chloe!”

What You Get: We’re going to assume that the inclusion of current trendsetters like Billie Eilish, Lizzo, Halsey, and Post Malone had at least some influence from Weir’s daughters, while classic-rock powerhouses like Jimi Hendrix (with “Foxey Lady”), The Doors (“Love Me Two Times”), and Creedence Clearwater Revival (“Fortunate Son”) have long been on Weir’s workout mixes. In between, you get slices of iconic country with Johnny Cash (“Folsom Prison Blues”) and Dolly Parton, who makes the list twice, first as romantic foil to Kenny Rogers in the timeless “Islands In the Stream” and second as scorned lover in the also-timeless “Jolene.” Meanwhile, Queen’s “We Are The Champions” makes an appearance midway through—just at the time in your workout that you’ll probably need that kind of arena-size motivation.

Weirdest Pick: This ain’t your average jock-jams compilation, but Memphis Jug Band’s “Cocaine Habit Blues” seems an especially odd choice to get those endorphins pumping (naturally, of course). Then again, maybe that’s just weird for anyone who isn’t a Deadhead.

Best Workout for This Playlist: Given its mostly midtempo grooves, we’d say this is probably best played when hitting the free weights or doing some old-school body-weight moves—you can never do enough push-ups, squats, and crunches, after all.