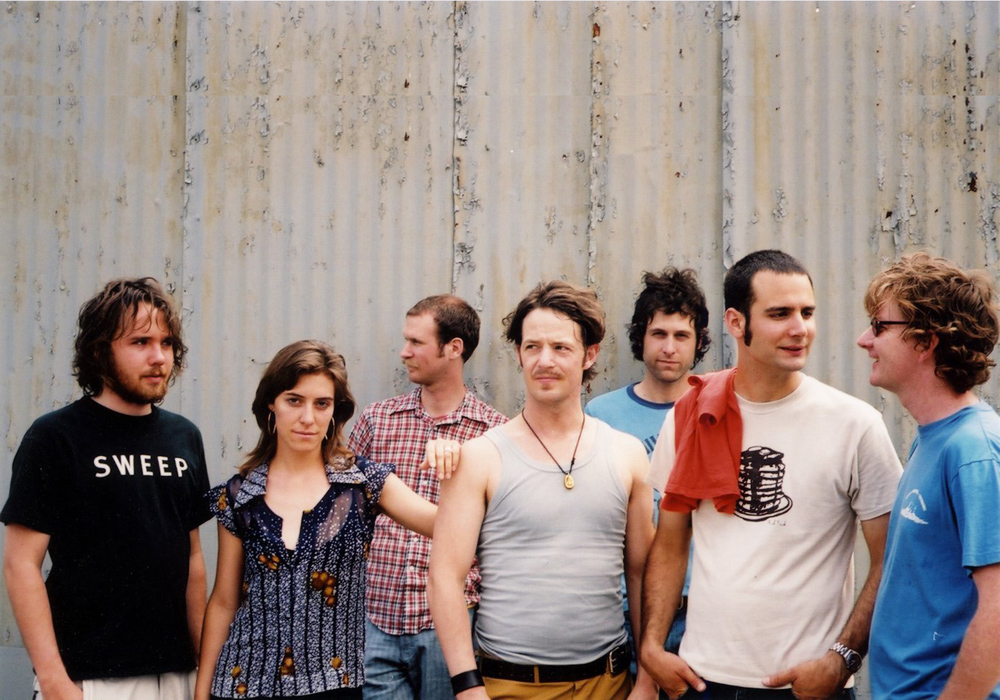 Broken Social Scene were on a roll in the early ‘00s. After releasing the great, mostly instrumental Feel Good Lost in 2001, their big breakthrough came the following year with the instant classic You Forgot It In People, which achieved a perfect balance of being simultaneously intimate and monumental. Coming up in the middle of the post-millennial indie-rock revival, BSS held their own among bands like The Strokes, Interpol, and The Walkmen. In 2005, they released their masterful and complex self-titled record, which contained a gigantic list of contributing personnel and boasted a 63-minute runtime. BSS were steadily becoming one of the most powerful supergroups in modern rock. Then, they took a sort-of hiatus, and exploded into a diaspora of side-projects before releasing Forgiveness Rock Record in 2010. So what, exactly, did they do during those five years? Okay, take a deep breath.In 2007, Kevin Drew released his first “solo” album, under the title of Broken Social Scene Presents Kevin Drew: Spirit If..., which was followed by what was essentially a Broken Social Scene tour that included tracks from that album and also from their previous records. The following year saw Brendan Canning’s own project, Broken Social Scene Presents Brendan Canning: Something for All of Us… (which featured guest vocals from Drew). Guitarist Andrew Whiteman’s band Apostle of Hustle released the jangly, shuffling National Anthem of Nowhere, whose title track had been road-tested in BSS shows; guitarist, bassist, and horn player Charles Spearin (also of Do Make Say Think) organized an avant-garde record called The Happiness Project. Feist released her mainstream breakthrough The Reminder (whose “I Feel It All” shares DNA with Drew’s “Safety Bricks”); fellow vocalists Emily Haines and Amy Millan put out their respective solo debuts.These albums represent a whirlwind of musical energy—yet, none of it went towards a proper Broken Social Scene album. What would have happened if the band had put out an album that reflected its members’ work from 2006-2009, instead of waiting until 2010 to team up for Forgiveness Rock Record? We can’t know for sure, but we can get close. This playlist envisions a “lost” BSS record of sorts, a potential album that never existed. So, close your eyes, travel back to the person you were 10 years ago, and pretend you’ve discovered a new Broken Social Scene record. Here we go.