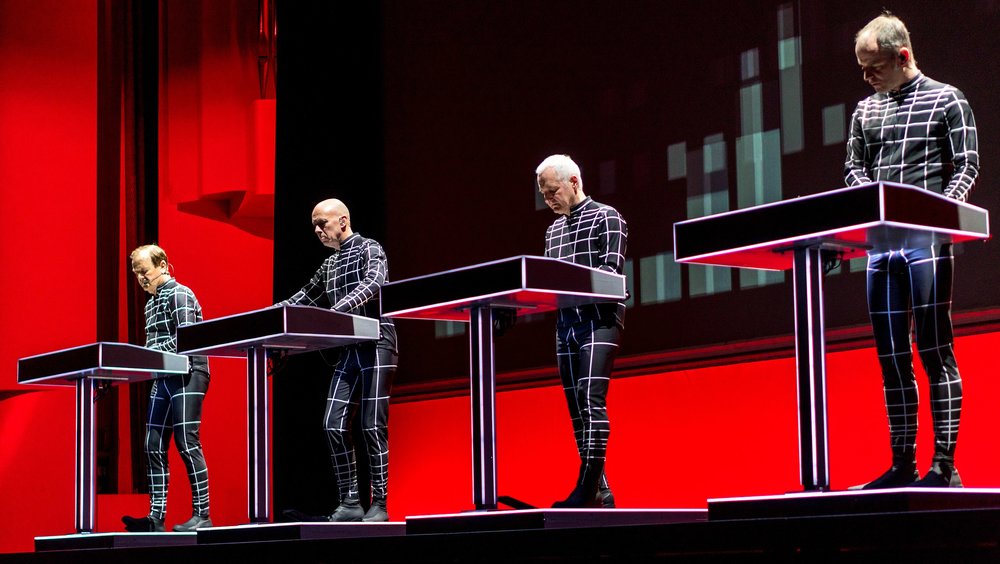 When Florian Schneider and Ralf Hütter—two denizens of Germany’s musical underground—founded Kraftwerk in 1970, nobody could have imagined the impact they would have. But all these decades later, few corners of popular music are untouched by their influence. The sounds they crafted in the ’70s and ’80s with Karl Bartos and Wolfgang Flür resonated worldwide, influencing post-punk, synth-pop, New Wave, hip-hop, techno, and more.

Kraftwerk were among the first to use electronics as a tool for fashioning pop music. Even though their first few albums employed electronics in a more experimental way, they broke through internationally in 1974 with “Autobahn,” their mechanically paced hooks and android image positioning them as the Beach Boys of the robot revolution, pointing toward an entirely fresh musical future.

Before the ’70s were over, disciple David Bowie had released the Florian homage “V-2 Schneider” and incorporated Kraftwerk’s influence in his legendary “Berlin trilogy” of albums, and Gary Numan had channeled the band’s inspiration into the first flowering of synth-pop, which would continue to bear Kraftwerk’s mark in the ’80s.

From there, Kraftwerk’s electronic innovations went on to profoundly affect hip-hop and electro, starting with Afrika Bambaataa & The Soulsonic Force’s “Planet Rock” and continuing through countless samples. This fed into the band’s influence on Detroit techno (and subsequently the international IDM scene). By the 2000s, the band’s influence was doubling back on itself via the ’80s-retro electroclash movement.

Today the majority of pop and hip-hop is created with electronics, and even artists who have never heard a note of Kraftwerk in their lives owe some of their existence to them, whether they realize it or not. Schneider left the band in 2008 and Hütter continued to lead a new lineup in occasional tours, but when Schneider passed away on April 30, 2020, at the age of 73, even though he was no longer working with the band, it marked an epoch’s end. Gathered in the accompanying playlist is a tiny percentage of the countless artists indebted to Kraftwerk’s fearless vision.