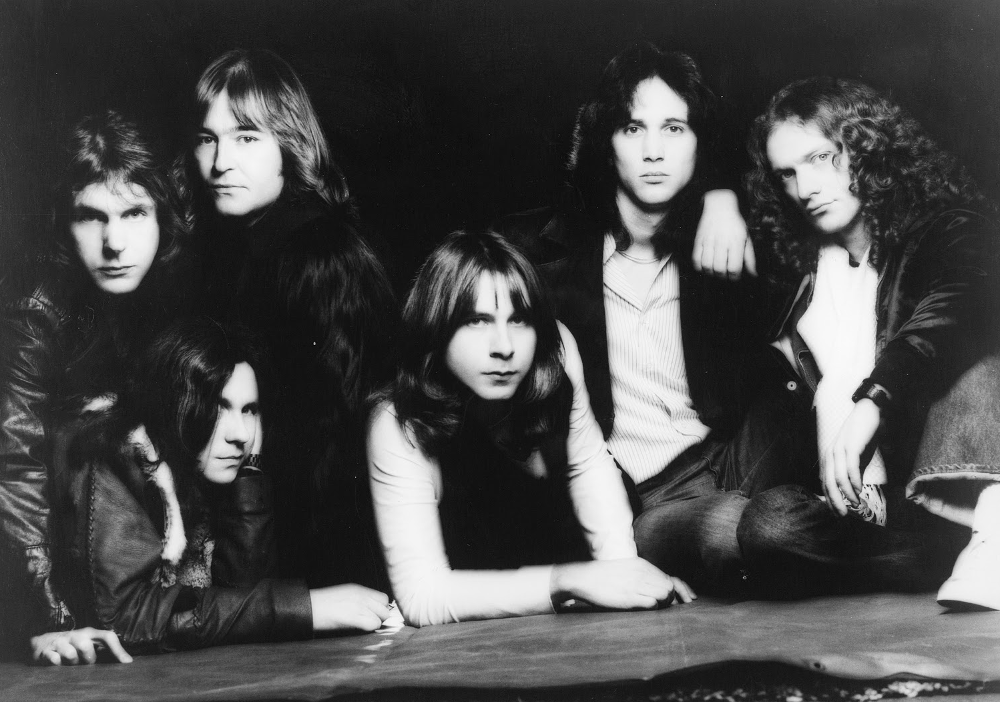 Two Brits and an American met in New York City in 1976. Nope, it’s not the setup for a joke, rather, it was the beginning of a band—Foreigner—who, thanks to more than a dozen indelible hits, became one of the most enduring lineups in rock history. Foreigner has stayed the course for more than 40 years, thanks to a mix of working-class anthems and tender but never wimpy ballads including the mega-hit “I Want to Know What Love Is.” The melding of the musical “foreigners” –the original lineup of Brits (Mick Jones, Ian McDonald and Dennis Elliott) and Americans (Lou Gramm, Al Greenwood and Ed Gagliardi)—would prove to be one of the most fruitful musical cross-cultural collaborations ever. Foreigner’s songs provide the soundtrack to many of life’s memorable moments, from the lustful (“Hot Blooded”) to the aspirational, the latter exemplified in the powerful 1981 hit “Jukebox Hero.” The song tells a lyrical story wherein our young hero, “standing in the rain … couldn’t get a ticket to a sold-out show.” But the behemoth rock from inside the arena inspires the rock fan to buy a beat-up second-hand guitar to create his own music to inspire the masses. And boy, did the masses relate to “Juke Box Hero,” its four minutes and twenty seconds of rock goodness downloaded more than a million times, the iconic song finding its way into film, TV, video games--and hearts--the world over. Below we’ll break out the track’s lasting impact, from appearances in skatingboarding video to the song’s lasting impact on the band and its fan.Jukebox Hero and the Skateboard KingAs Foreigner spent years selling out stadiums and topping charts the world over, internationally known snowboarder Shaun White likewise was shooting (skating/boarding!) to the top of his profession. So it made perfect sense that in his 2004 documentary The White Album, “Juke Box Hero” would be part of the soundtrack, along with other classic high-energy/inspiring rock songs. If the legendary “Flying Tomato” skates/snowboards to the tune, that’s a darned good testament to the song’s power.The Concert StapleYou’ll never see a Foreigner concert where “Juke Box Hero” is not played. Neither the audience nor the band would allow it. It’s as crucial a part of the lineup’s legacy as “Freebird” is to Skynyrd or “Hotel California” is to the Eagles. And, in the tradition of saving the best for last, “Juke Box Hero” is nearly always the last song in the set, the eagerly anticipated sing-along capper to a night of enduring radio hits. From Glee to Soul AsylumForeigner may be arena rock superstars, but proof that huge mainstream success trickles down to alternative rock—and other genres—is in the varied artists who have tackled “Juke Box Hero.” It’s been covered by no less alt-rock band than Soul Asylum (2006), while in 2012, the buoyant cast of TV’s hit show, Glee, (Season 4) reinterpreted the song, the cast’s dramatic take on the tune bringing “Juke Box Hero” to a new generation of fans. The band themselves even recorded an Unplugged—and a “nearly unplugged!” version, offering a different sense of dynamics to the classic take. And yes, there’s more than one live version, including a 15-plus minute mash-up with Led Zeppelin that’s titled “Juke Box Hero / Whole Lotta Love.” And let’s not get started on all the karaoke permutations! Foreigner and the Great White WayThe apogee of live theatre is Broadway, and Foreigner is aiming for the Great White Way in a big way. After a 2018 debut in Canada, Jukebox Hero: The Musical is aiming to be Broadway bound. The stage show features 16 of the bands Top 30 hits, including, duh, “Juke Box Hero.” As Foreigner founding member and lead guitarist Mick Jones said: "In an era in which there have been a lot of what they call ‘jukebox musicals,’ I figured, well, Id like to squeeze ours in there and make it the musical of all musicals.” The most unlikely version of the tune hit in 2012, in the big-screen version of the Broadway hit musical Rock of Ages. No less acting/comedic talents than Russell Brand and Alec Baldwin sang “Juke Box Hero” in a medley with Joan Jett’s “I Love Rock & Roll,” another jukebox-themed chart-topper. The soundtrack debuted at No. 1 on Billboard’s Top Soundtracks chart, providing the unstoppable tune with yet another cultural touchstone.