Echoes: The Impact of “Suffragette City” 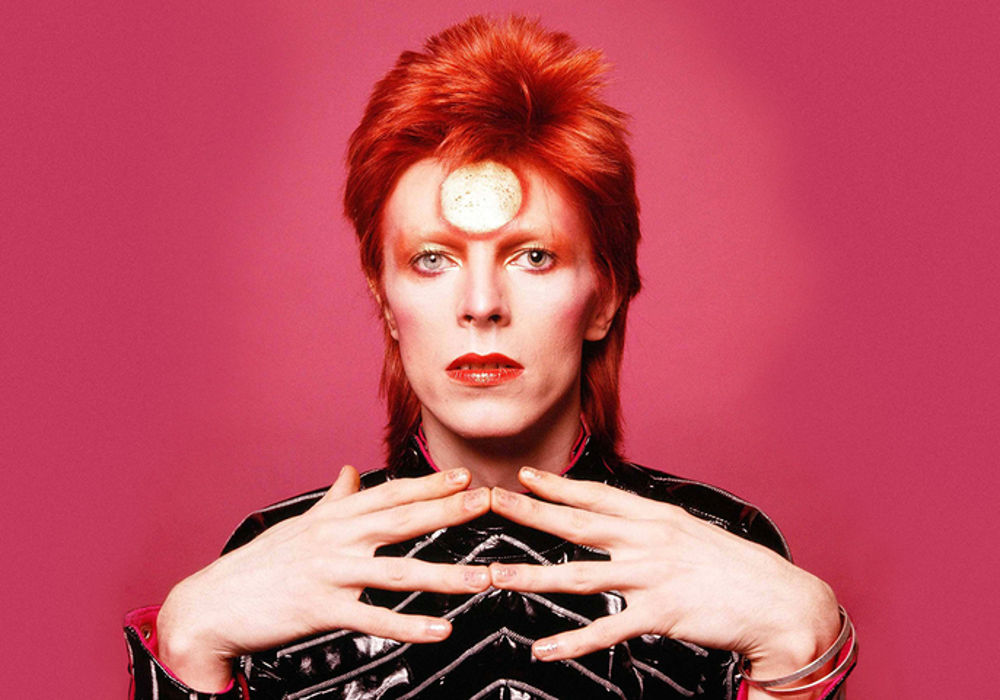 On one level, 1972’s “Suffragette City” is pure simplicity, an amphetamine rush that proves David Bowie could unleash high-decibel intensity just as potently as he could spacey ballads or post-modern artiness. Yet things aren’t so simple underneath its glittery crunch, where a tug-of-war is waged between nostalgia and futurism. If the pounding ivories and greasy boogie long for the ’50s, then the slashing chords and razor-sharp execution lunge toward the punk revolution that’s still a few years out. This tension, acting like a slingshot, shoots the penultimate song from The Rise and Fall of Ziggy Stardust and the Spiders from Mars clear out of the march of history and into that archetypal realm commonly referred to as rock music that’s so badass it’s timeless. Here are five facts to help you better appreciate Bowie’s hardest rocker.Science fiction and rock ’n’ roll.“Suffragette City,” like the rest of Ziggy Stardust, is inspired by Anthony Burgess’ 1962 novel A Clockwork Orange. (Director Stanley Kubrick’s film adaptation arrived during the album’s making.) Bowie certainly wasn’t the first rocker to embrace sci-fi (see producer Joe Meek or Syd Barrett-era Pink Floyd), yet he clearly was ahead of the curve by soaking up Burgess’ uniquely dystopian vision. It’s a quality that would seep not just into punk and post-punk, but also industrial and even techno in the following decades.Mick Ronson’s killer guitar.Perhaps no early Bowie track better displays his love of The Stooges and The Velvet Underground; it all begins with brilliant guitarist Mick Ronson’s opening riff, roaring and clawing like a famished tiger. It’s an aesthetic Bowie would bring with him when he mixed Iggy and the Stooges’ 1973 landmark Raw Power, a record that helped kickstart punk and hardcore.Sexuality and gender.The live version took on a life of its own, generally becoming faster and more sneering. It also adopted a performative edge, as Bowie, during concerts, often would drop to his knees and pretend to suck on Ronson’s guitar. When a photograph of this wonderfully flamboyant exhibitionism made it into Melody Maker in 1972, it helped cement glam rock’s reputation as a movement steeped in transgression and decadence.Those blaring horns aren’t really horns.It may sound like horns during the cut’s first half when they fall somewhere between vintage Memphis R&B and The Beatles’ “Savoy Truffle.” But the sound reveals its source-—an ARP 2600 synthesizer—during the static-caked surge that ripples across the final 60 seconds. You can be sure that bands like Pere Ubu, The Stranglers, Tubeway Army, The Twinkeyz, and any other punk(ish) band experimenting with the cyborg impulse were taking notes.Film and television legacy.As with many other Bowie tunes, “Suffragette City” has racked up several IMDb credits, including Gilmore Girls, Vinyl, and Californication. The most telling, however, is 2005’s Lords of Dogtown, a period piece chronicling the Venice Beach teenagers who revolutionized skateboarding in the mid-’70s. The fact that these early shredders jammed Bowie along with The Jimi Hendrix Experience and Deep Purple stands as a testament to the artist’s lofty stature not just among punks and alternative kids, but longhaired surfers and heshers as well. There’s no messing with David Bowie.