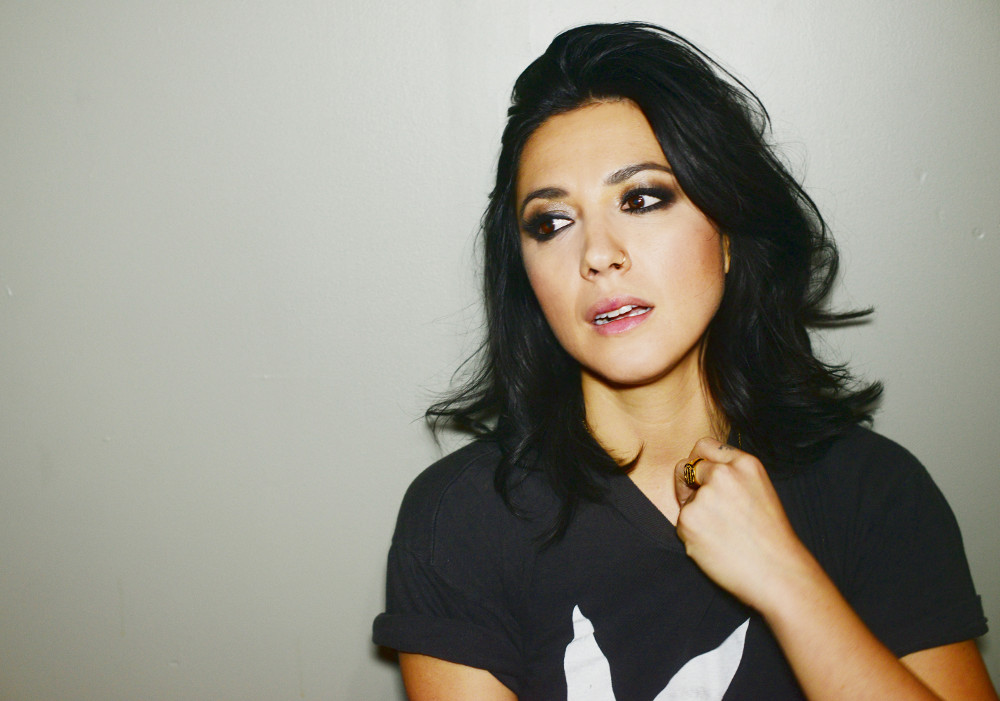 "Everywhere started out as this simple acoustic love song," the then 18-year-old Michelle Branch modestly told MTV back in 2001, when her debut single was quickly climbing the charts. In fact, "Everywhere" could be heard just about anywhere, as it captured the spirit of both moody post-grunge rock and breezy Y2K pop. At the time, Branchs guitar-fueled confessions were something of a savvy response to the sexed-up pop of Britney and Christina, and while she electrified with some Alanis-like sass, she did so with with a youthful, innocent optimism. Still, "Everywhere" isnt such a simple love song. Branch is not pining or pouting. Her lyrics are bold and vivid and maybe even a little abstract: "Youre everything I know/ That makes me believe/ Im not alone." Is she talking about a boy or something grander? Either way, her delivery is empowering—shes confident while still vulnerable, and she ties both together in an instantly undeniable hook. A new generation of female singer/songwriters was most certainly listening. Here are five ways "Everywhere" made its mark on the music scene.It signaled the true end of 90s angst.Gone was the dark, disillusioned edge of grunge; the cool, canny pop star who could rock hard and still radiate a touch of sunniness had arrived. Soon after the release of "Everywhere," Vanessa Carlton was pounding her piano with the same balance of sass and sincerity in "A Thousand Miles." Sara Bareilles would later do the same with the deceptively defiant "Love Song."It inspired a new form of passionate pop-rock.In 2002, Kelly Clarkson would claim the first American Idol title. Shed soon use her newfound fame to propel cathartic, hard-rocking pop hits like "Since U Been Gone" to iconic status. KT Tunstall also came blazing through, wielding her guitar and commanding just as much respect with her infectious, soulful rock. It helped bring femininity to emo. Branchs influence would even stretch to emo hero Hayley Williams, whod inject the pop-punk scene with some much-needed feistiness and femininity with her band Paramore. It pushed country music in new directions. You can even thank Branch for helping reinvigorate country music in the mid-2000s by not only co-starring in her own country-pop project The Wreckers with friend and singer Jessica Harp, but also inspiring one precocious singer/songwriter by the name of Taylor Swift. "Youre one of the first people who made me want to play guitar," Swift once told Branch.It still can be heard just about … everywhere.Even now, traces of "Everywhere" still echo through pop, rock, and country, especially in the spunky yet candid songwriting of newer artists like Meg Myers and Kacey Musgraves. In a way, this once "simple acoustic love song" continues to make its imprint just about everywhere.