The Four Faces of Justin Timberlake 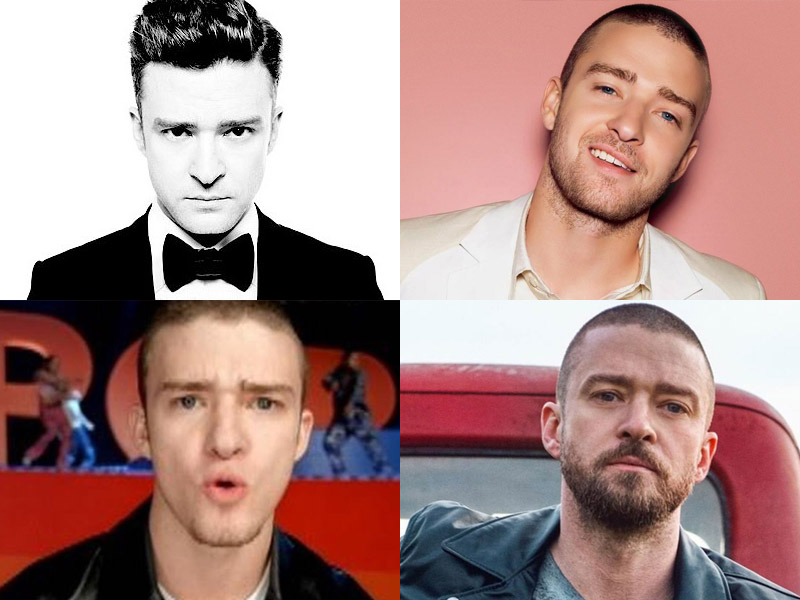 Its hard to believe that the Disney-loving, noodle-haired teen hanging from Britney Spears arm in the 90s would not only become one of pops biggest stars, but also a bona-fide, critically lauded hit-making powerhouse. Sure, lending his sky-scraping pipes to *NSYNC——one of the decades more successful forays into boyband-hood——guaranteed him a degree of visibility, respect, and fandom. But who could have predicted this unthreatening symbol of wholesome tween-pop would mastermind a career typified by unabashed sexuality, genre-bending sounds, and boundary-breaking hits?And with the release of his fifth album, Man of the Woods, on the horizon, Timberlake isnt taking his foot off the gas yet, with the album teaser seemingly nodding to yet another gear-change. Thanks to its slo-mo scenes of JT frolicking in nature (a field, some mountains, the snow!), many scathingly assumed he, like Miley Cyrus and Lady Gaga before him, planned to cast off the pronounced black-music influences that helped make his name and “rebrand as a white man.” And yet, in spite of the Gap ad-ness of the marketing campaign, one listen to singles “Filthy” and “Supplies” reveals all you need to know about this record: His signature aesthetic (i.e., meticulously produced, R&B-spiked pop) remains firmly intact and, in true JT-style, any country melodies and “southern-fried guitars” in the mix are mere seasoning to his soulful pop meat.In fact, Man of the Woods appears set to expand Timberlakes sound in much the same way each of his albums has, from the minimalist heartthrob pop of 2002s Justified to the sophisticated soul of 2006s FutureSex/LoveSounds to the chameleonic futurism of 2013s The 20/20 Experience (parts one and two), each exploration heralding a new creative phase for the industry darling. Here, we break down the man and his music into his four most distinct phases, and unpack the influences behind them.

*NSYNC might have had some monster hits (“Bye Bye Bye” being one of the best pop songs to come out at the turn of the millennium), but it wasnt until JT launched his solo career that his potential for super-stardom really registered on the industrys radar. “Like I Love You” was an instant smash, a divinely low-key debut that fused effortless vocals and Usher-style dance moves with stabbing acoustic guitar, whispered sweet nothings, and stark, skittering beats. Not only was he working hard to unshackle himself from his family-friendly, boy-band reputation, but he was also laying down his statement of intent to the record-buying public. And what a statement it was. Gone were the days of five-part harmonies and his-and-hers double-denim, and in their place were revelations of dream-shattering infidelity (“Cry Me a River”), impossibly delicious falsetto, and brazen explorations of sensuality (“Rock Your Body”). In fact, Justified really did what it said on the tin, commercially vindicating Timberlakes decision to walk away from *NSYNC, and unapologetically establishing his own sound.

Justified let us all know that JT was more than just a boy-band heartthrob, his overt sexuality and incredible songwriting merely hinting at the sophistication, worldliness, and sense of humor that FutureSex/LoveSounds would unleash on an unsuspecting public. JT had resoundingly grown up, the groove-laden R&B of his debut now eclipsed by a new electro-laced sound. He began exploring a funkier direction, riffing on Princes dirty-party dynamic on the Timbaland-helmed “SexyBack,” layering hip-hop beats and futuristic synths over meticulous production and flawless vocals (“Sexy Ladies / Let Me Talk to You”). Its both a vibe that he returns to with regularity—with the mastery and control of “Suit & Tie” nodding to perennial smoothie Marvin Gaye and neo-soul titan Maxwell—and a style that has influenced the next generation of post-boy-band hopefuls, like ex-One Directionite Zayn Malik.

Hes starred in multiple films, hes besties with Jimmy Fallon, hes hosted Saturday Night Live, hes appeared onstage with Taylor Swift and Garth Brooks, hes soundtracked multiple box-office hits, hes guested on records by Michael Jackson, Timbaland, Pharrell Williams, Madonna, and JAY-Z... is there anything JT cant do? Apparently not. After firmly staking his claim as one of pops biggest stars with FutureSex/LoveSounds, JT took some time out, lending his talents to a smorgasbord of side projects. In anyone elses hands, this apparent pandering to the masses might have proven to be a disastrous move, but in true Midas-style, JT turned a career breather into a chance for more creative expansion. Most notably, he wrote one of 2016s biggest hits, the interminably happy “Cant Stop the Feeling!” from DreamWorks Trolls movie.

Justin Timberlake has never been one to shy away from pushing the boundaries. When we expected nothing but tweeny ballads, he gave us minimalist pop with Justified. When we expected sultry R&B, he gave us sophisticated synthy funk with FutureSex/LoveSounds. When we expected more of the same meticulous control, he gave us the rangy, experimental two-part album The 20/20 Experience, complete with forays into neo-soul (“Pusher Love Girl), Afrobeat (“Let the Groove Get In”), and ambient soul balladry (“Blue Ocean Floor”). And right on time, just as we begin lending weight to allusions of country influences on new album Man of the Woods, JT drops singles “Filthy” and “Supplies,” and throws our assumptions back in our faces. In fact, JT seems to be mining different hometown influences here, nodding instead to his Tennessee hip-hop homeboys Chamillionaire and 8Ball & MJG in his dirgey bass and lightning-quick vocal deliveries. But JT’s albums have always been a complex feast of varying influences, from the pop verve of Michael Jackson to the filthy funk of Prince to the haunting melancholia of David Bowie, and theres no reason why Man of the Woods should be any different.