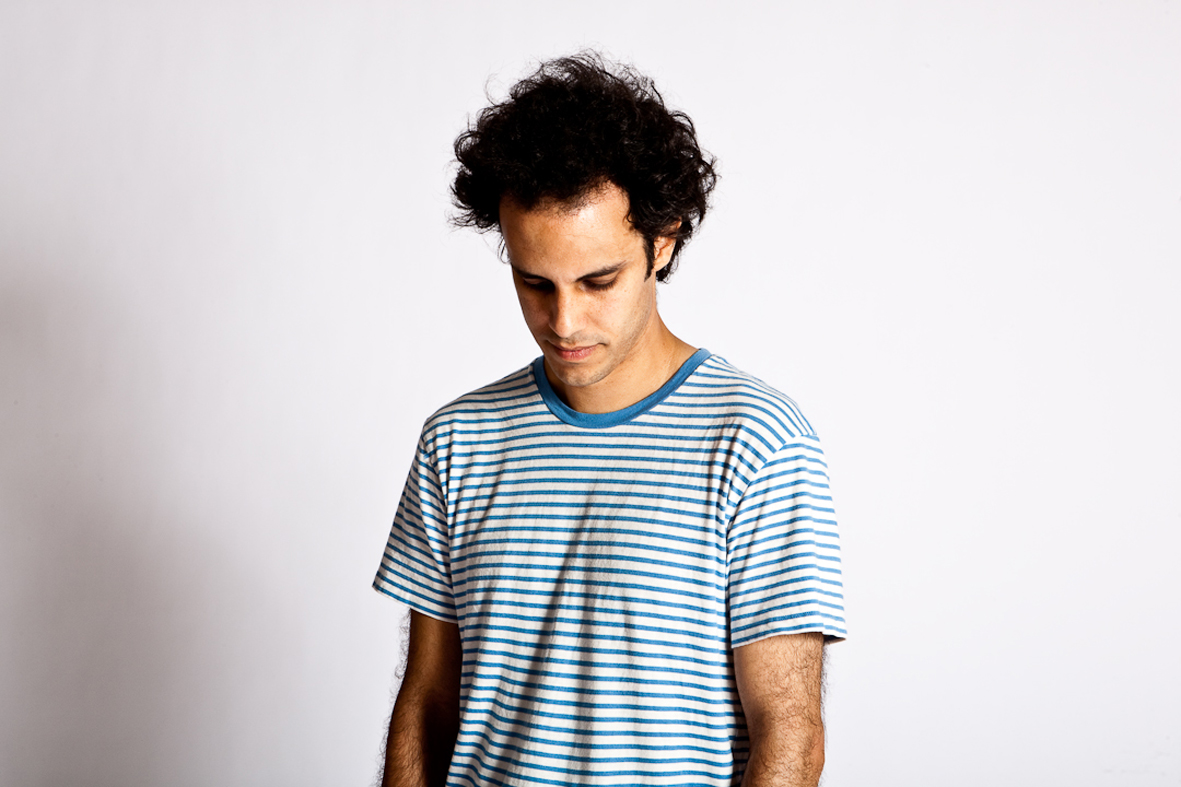 At the time of this writing, the primary Spotify playlist by Four Tet (a.k.a UK producer/DJ Kieran Hebden) spans 599 songs and runs over 51 hours. By the time you read these words, it will have probably grown. Over the past few months, it seemed to serve primarily as a vehicle for Hebden to build anticipation for his ninth long-player, New Energy. At one point, the title of the playlist—typically an evolving string of emojis—was recently updated to include the album’s release date (Sept. 29), and he’s been adding tracks from the record as they’ve been released, mixing them in with songs from peers (Bicep), inspirations (Sly Stone), and aliases (um, 00110100 01010100, which is the artist page stub where an album of Four Tet b-sides resides in Spotify).Prior to that, the playlist garnered a bit of back in January, when Hebden used it to compile songs by artists from countries impacted by Donald Trump’s travel ban, including Syrian-born singer Omar Souleyman, whose album To Syria, With Love was produced by Hebden. "Its basically a place for me to share things Im listening to, and is becoming a good personal archive of music Ive enjoyed," Hebden told NPR about his playlist at the time.That’s about as coherent a definition as you could need or want. The playlist isn’t a mix and it’s not designed to be; while it flows together in parts, it’s capricious by design. It works reasonably well if you listen to it on shuffle, though expect to be taken down some pretty dark alleys, such as “3” by noise unit Pita (a.k.a. Austria’s Peter Rehberg, who runs the Mego label), which is a boss tune and a personal favorite of this author, but likely to clear a room with its jet-engine feedback shrieking. That “3” is flanked here by everything from Joni Mitchell to CAN to Coltrane to Autechre to Burial to Radiohead to HAIM to Prince to Seefeel... well, the sprawl is precisely the point. (It’s two whole days worth of music, after all.)DJ mixes are a dime-a-dozen, and it’s not hard to find plenty by Four Tet out there in the ether. (This Tokyo set from Dec. ‘13 is particularly smokin’.) What’s much more rare to find is such a comprehensive compendium of all the sounds that go into an artist’s aesthetic. For a veteran like Hebden, an experimental cosmonaut who’s as likely to fold 2-step garage into his music as he is ‘70s jazz fusion or Nigerian funk (or...Selena Gomez), a standard 15-track playlist simply wouldn’t capture the breadth of his tastes. Hell, 10 of those wouldn’t. At 599 tracks and counting, this mix is at least beginning to come close.