HighSchoolMixtape: How I Got Into Classical Music 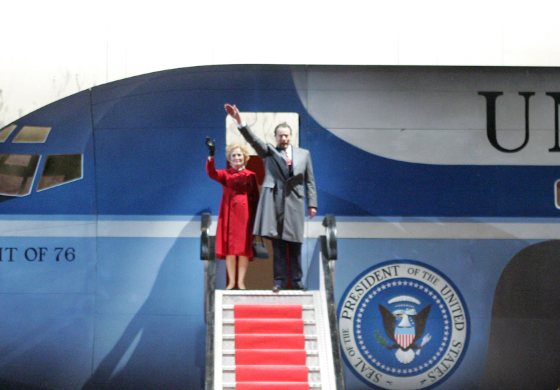 Sometimes I wish I’d had a cooler childhood. Many of my friends have neat stories about discovering The Smiths at age 13 or getting drunk and listening to Springsteen (which I certainly do, but it’s for a different reason when you’re 30). My experiences were a little different. Sure, my dad used to play Electric Light Orchestra and Supertramp vinyls when we would clean the house and Paul Simon and B.B. King cassettes when we went on drives, which was awesome and formative, but most of my meaningful early experiences with music were with the classical music my grandparents and teachers would tell me about.A lot of my childhood was spent alone at the piano. After school, on weekends, when I would fake being sick so I could stay home alone with it, I revelled in the time I had with the instrument. I would play whatever I could get my hands on, as long as I liked it. My grandparents, who were very passionate about all kinds of music, would buy me CDs of famous works performed by illustrious pianists and conductors, and I would fall in love with certain sonatas or movements, sometimes buying the scores but usually printing them out from illegal sheet music sites in my high school library, daydreaming about them until I could go home and work on them. I loved Chopin’s nocturnes and Beethoven’s sonatas, Joplin’s rags and Ravel’s chamber music. I grew to love Serkin, Horowitz, Rubenstein, Bernstein, Goode, Abbado, Toscanini—so many great pianists and conductors.In addition to the piano I began playing saxophone when I was about 10. When I entered high school I decided to start taking lessons and I somehow made it into the studio of the St. Louis Symphony bass clarinet player James Meyer. Mr. Meyer taught me a tremendous amount about a whole range of cool things, such as zen meditation, martial arts defense moves, how to select and prepare reeds, and, most importantly, how to think about music. He exposed me to jazz, playing me my first real jazz record. It was Oliver Nelson’s 1961 Blues and the Abstract Truth, a hard bop masterpiece with unreal orchestration and elegant solos. I remember very clearly feeling like it was the dopest shit I’d ever heard. I bought the CD the following day at Borders. He also taught me about modern and postmodern music, from Debussy to John Adams. We played through everything we could.One summer Mr. Meyer was playing in the pit orchestra for a production of John Adams’ excellent 1987 opera Nixon in China. He showed me some of the sheet music and explained what post-minimalism was about. He said it was one of the hardest pieces he had ever played. I knew nothing about Adams or opera, but when I told my grandparents about it, they insisted that I have the opportunity to see it. My grandfather and I went to see Nixon in China a few weeks later—I found it exhilarating, new, and inspiring, but as a lifelong Puccini and Verdi fan, he did not like it very much at all. To this day I sing arias from that opera to myself when I am alone. Maybe it’s not as cool to some people as singing Springsteen, but I still think it’s pretty fuckin’ rad.