Kamasi Washington, Bob Dylan, and the Idea of Gateway Artists 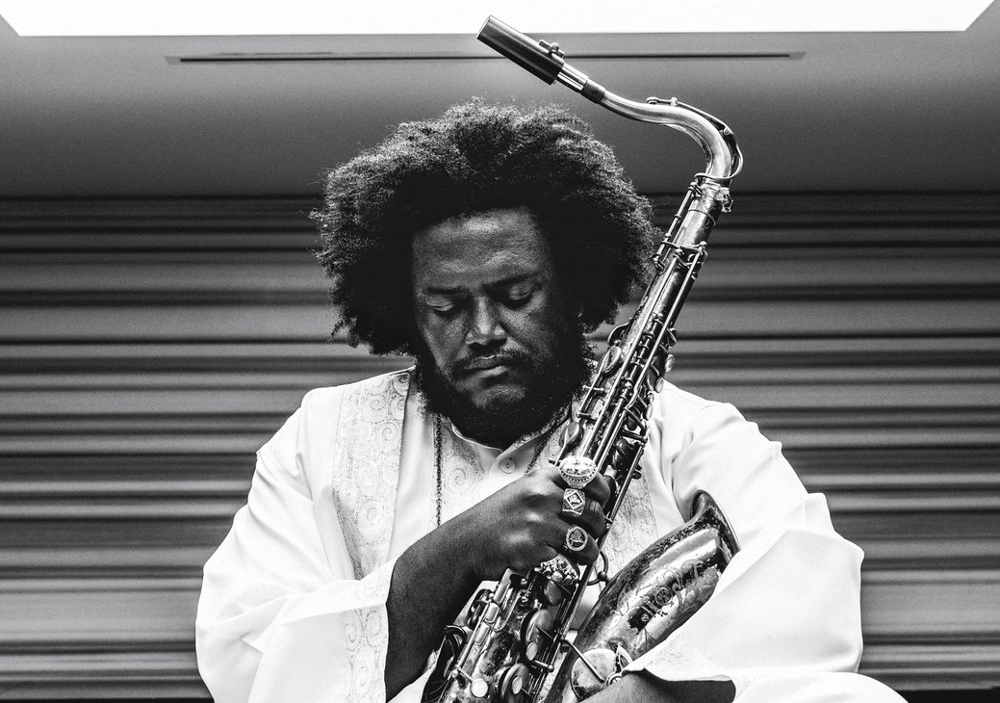 Subscribe to the accompanying Spotify playlist that culls the influences of Kamasi Washingtons album, Heaven and EarthMusic discovery used to be much more difficult. Growing up in rural Louisiana, many quantum leaps from any recognizable cultural hub, and a good decade before the ubiquity of the internet, the process was much more iterative and laborious. I would find certain gateway artists, who would then lead towards other artists, aesthetics, or even entire cultures, and, with time, my understanding of both the broader musical landscape and of the world at large increased exponentially. My gateway to the gateways was discovering Bob Dylan when I was 13. To give you some context, the album I bought before Bob Dylan’s Greatest Hits Vol. 1 was Young MC’s Stone Cold Rhymin’, and the only reason that I even bothered with Dylan was the betrayal and anxiety that my devoutly Christian parents expressed at Dylan drifting away from his religious fundamentalism of the early ‘80s. It was an act of blatant (if soft-toned) rebellion, but I was also experiencing my own doubts about religion, and I was curious about how someone could arrive at losing their faith. This was how I came to Dylan, but I quickly discovered the other pleasure of Dylan, and the potency of his music stirred an omnivorous curiosity in me to learn more about both Dylan and the world he existed within. I quickly scarfed down Dylan biographies and essays, and then can reams of microfiche (note: a pre-internet archive of journals and magazines maintained by libraries) for articles about him. During this process, I’d keep a journal, meticulously jotting down the names of musicians, authors, painters, and politicians, and then taking that list and doing further research. This was how I discovered Lenny Bruce, Leonard Cohen, Miles Davis, Rimbaud, Allen Ginsberg, and so on, who then subsequently led me to Richard Pryor, George Carlin, Joni Mitchell, Tom Waits, John Coltrane, and so on and so forth. It was a slow education, and I went through a lot of notebooks.Music discovery is easier now, to state the obvious, but there are still gateway artists that nod towards larger, unknown universes for their fans. For a newer generation, Kamasi Washington is that point of entry for jazz. He’s recorded extensively with Kendrick Lamar, released his debut The Epic on Flying Lotus’ label Brainfeeder, and has been extensively praised by the Pitchfork and Faders of the world. He’s done this by playing a pretty straight-up variant of a specific type of jazz -- it’s not something you have to squint and call jazz -- and this is leading his legions of fans back to discover McCoy Tyner, Herbie Hancock, Alice Coltrane, or David Axelrod. Even for someone with an intermediate knowledge of jazz, such as myself, Kamasi still opens up certain windows. After the release of his latest, Heaven and Earth, I began diving into both West Coast Jazz and the genre’s more political threads. This lead me to the relatively unknown (at least to me) LA pianist Horace Tapscott. Horace began as a trumpet player, gigging with everyone from Don Cherry and Ornette Coleman to Fletcher Henderson and Gerald Wilson, but took up piano during a stint in the Air Force in the late ‘50s, and more of less stuck with that instrument for the remainder of his career. After a particularly harrowing tour of the South as part of Lionel Hampton’s big band, he became a devoted social activist, understanding and teaching the importance of music in both community building and societal transformation. He set up Union of Gods Musicians and Ascension (Ugmaa) in Watts, which was dedicated to supporting the artist community in the Watts neighborhood, and began recruiting young musicians into his group, The Pan-Afrikan Peoples Arkestra. When the infamous Watts Riots happened in 1965, the group drove a flat-bed truck through the chaos while playing their blend of afro-futurist, post-bop spiritual jazz. Soon, the group began to receive arts funding, and Horace would go on to mentor and teach hundreds of students throughout his life. When he passed in 1999, he was primarily known as an educator.Horace was incredibly influential in building out the Leimert Park jazz scene where Kamasi got his start, and where he recently returned for the launch party of Heaven and Earth. Kamasi has even stated in interviews that his father was a big fan of Horace’s music, and that he grew up listening to him and John Coltrane. Speaking to Jazzwise Magazine, Kamasi said, “Horace is one of the most important figures in the foundation of music in LA, from both a purely musically and socially conscious perspective. My dad took me to hear [Tapscott’s] Pan Afrikan Peoples Arkestra many times and I played with them after Horace passed away.”But more than anything, Kamasi is repaying that debt by keeping Horace’s legacy alive, and we all benefit from that.