Kamasi Washington: Before, During, and After The Epic 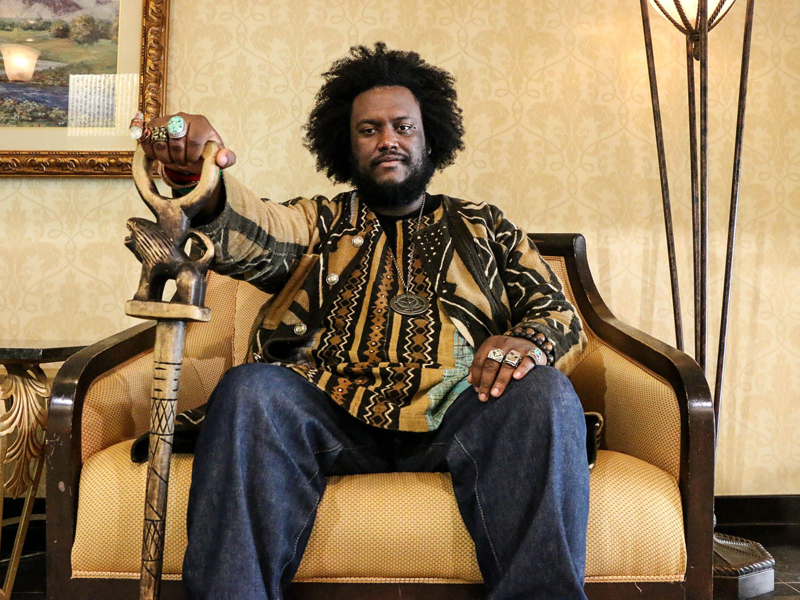 In the two plus years since Kamasi Washington dropped The Epic, his appropriately titled three-CD bonanza of Afrocentric post-bop sound, there has been a revolution in the world of jazz—and some of it was televised. Its no longer uncommon for a jazz musician to play sold-out rock arenas and headline major festivals. And its no longer odd to see jazz on hip-hop playlists, be it tracks by Washingtons West Coast Get Down associates like Josef Leimberg, Miles Mosley, or Terrace Martin, or by hip, think-outside-the-box jazz players like Robert Glasper, Makaya McCraven, or Jeff Parker. Washingtons first release since The Epic—the new six-part EP, Harmony of Difference—arrives to a different scene.Harmony of Difference is the soundtrack to a film by A.G. Rojas that premiered during the Biennial at New York’s Whitney Museum of American Art in March 2017, and it shows the growth and diversification of Washingtons sound. He already draws heavily from the often overlooked glory days of the early 70s when musicians extended the jazz tradition into rock, funk, and African music. Deeper grooves power some of the tracks on Harmony, and the solos are more concise—where The Epics definitive tracks clocked in at longer than 10 minutes, the best music here often comes in under six. All of Washington’s stylistic advances are represented on “Truth,” which also provides a nifty recapitulation of what made The Epic so special, with its robust rhythms, a choir carrying a soaring melody, and a solo that would do John Coltrane proud. Its jazz eclecticism at its best—music that is both inclusive and deeply artful.But while his music can seem otherworldly, Washingtons bold new sound didnt land from outer space. The tracks on this playlist take you through his roots and influences, the current jazz movement he helped create, and the genre’s future.