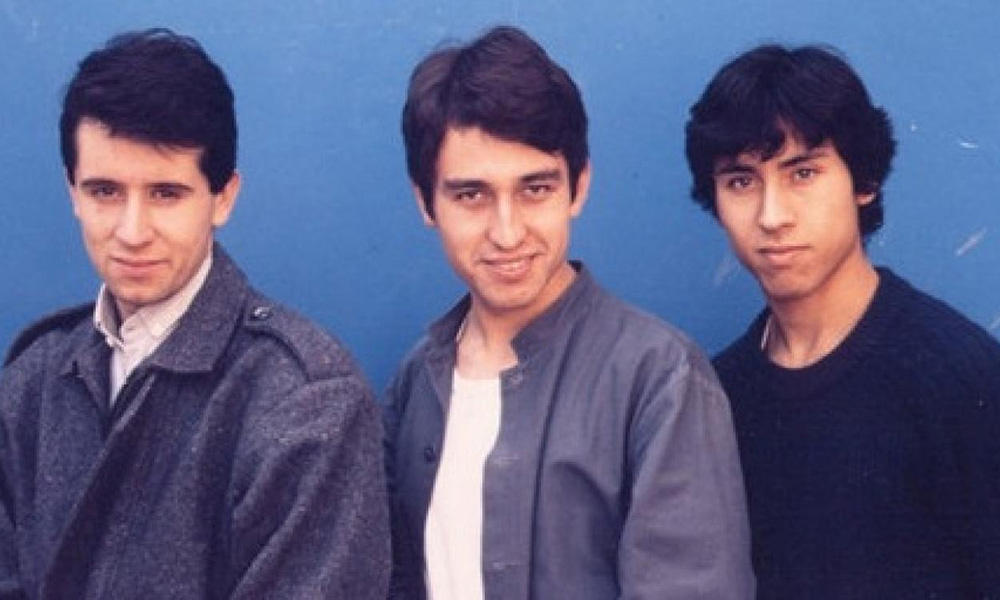 Thirty years ago, Chile returned to democracy after being shackled by the dictatorship of General Augusto Pinochet for 17 years. Under his oppressive regime, Pinochet put a deadly hault on numerous forms of artistic expression — one of its most famous (atrocious) examples was the kidnapping and murder of protest folk singer Victor Jara who helped lead the New Chilean Song Movement of the late Sixties, early Seventies. You see, Chilean music wasn’t allowed to be political, or much less, criticise its government. Enter Los Prisioneros, a Chilean pop rock band with a knack for glossy anthemic hooks became one of the most defiant groups of their generation. Formed in the late Seventies, the San Miguel band’s early songs proved to be controversial in a time of extreme censorship, so their music gained popularity through labeless cassette distribution. Eighties songs like “El Baile De Los Que Sobran” and “De La Cultura De La Basura testified them as working class heroes with a rebellious spirit who know how to expertly navigate their way around insatiable synth melodies and catchy drum machines made for the dance floor. This era was also the height of the rock en español explosion in Latin America, so their rosy-hued disco pop wasn’t as welcoming in the mainstream — who demanded more rock guitars and, seemingly, pretentious frontmen — a vast departure from the scrappy, socially discontent group Los Prisioneros were known as. So when their fourth studio album dropped, 1990’s Corazones, it wasn’t an instant hit for the reasons aforementioned, yet it slowly became a South American legacy. It also marked a critical time in Chilean history when it was at a crossroads. Part autobiographical, part social-commentary, the record poignantly reflects the stigmas of Chile’s disenfranchised population, and it emotionally evoked the turmoil of an overwhelming transition in politics, all over sleek electronic pulses and intoxicating synth riffs. Songs like “Tren Al Sur” and “Estrechez de Corazón” pack one hell of a rhythm too that lends itself to high-gloss dance rock with a socially political edge. It’s a style that decades later would inspire hordes of Chilean pop groups like Javiera Mena, Alex Anwandter, and Dënver — bands that too fight battles of classism while demanding LGBTQ+ rights over disco-inflected dance pop. The early 2010s saw the first latest explosion of Chilean pop, and it traveled around the globe, a sort of electropop manifesto pioneered by Los Prisioneros.