Currated By:
MATT HOLUBOWSKI
Published By:
The Dowsers
Post By
The Dowsers 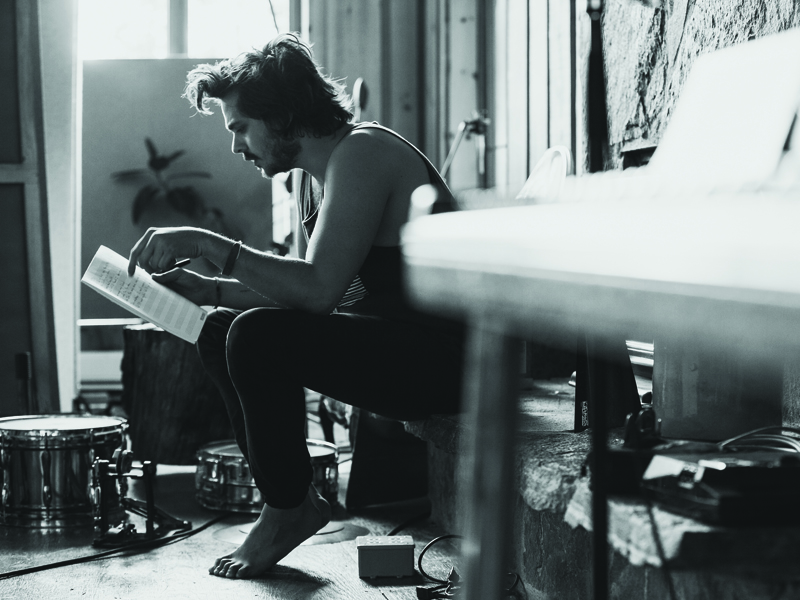 Its possible you havent heard of Matt Holubowski just yet, but this French-Canadian folk artist is making some pretty big waves alongside some artists you might recognize: like The Cures Robert Smith asking him to play Meltdown Fest and Ben Folds bringing him out on his last tour. This self-proclaimed "young man making old music" utilizes the classic guitar-and-voice combo that lends itself to singer-songwriter gold reached by his heroes Leonard Cohen, Elliott Smith and Andrew Bird, and will be releasing his debut LP Solitudes in the US at the end of August.As he prepares to make a splash in the US, though, Holubowski is first being celebrated in his hometown of Montreal at Osheaga, so we asked him to in turn celebrate his hometown with us by putting together a Montreal/ Quebec-centric playlists.Says Matt: "Montréal has got something unique about its musicality. It was partly born out of a deep divide that over time has become its greatest strength, language, one which has permeated the musical scene over the years, but also through its cultural cross between good ol’ Americana and European flavour.Some of these songs and artists have had a great impact on my own writing, and I’ve since had the pleasure and privilege to rub shoulders and collaborate with a couple of them.There’s a certain mysterious vibe and energy to all of these, and I don’t know if the commonality lies in their being Montrealers/Quebecers, or if they just happen to fall within my own palette, but in any case, these are all great for a dreamy voyage into our new old city."Listen above or go right here.