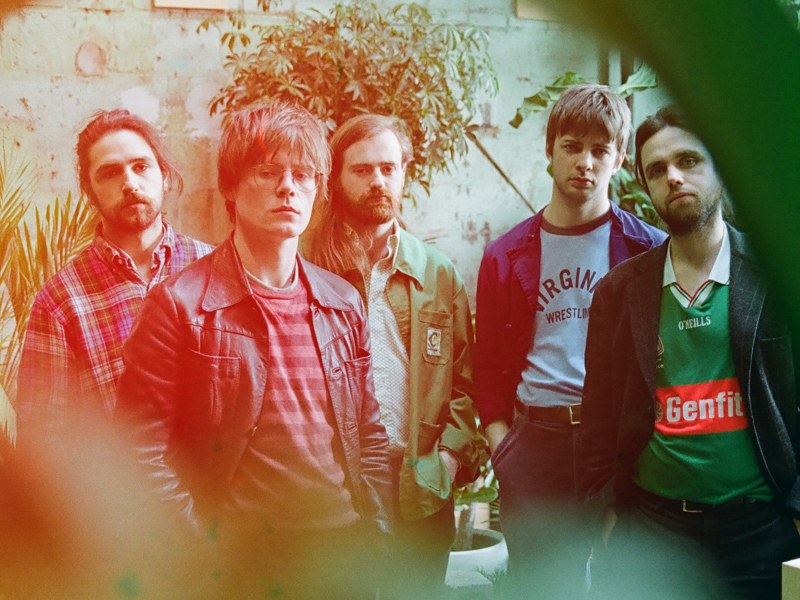 Stop me if you’ve heard this one before: We’re in the midst of a post-punk renaissance! It’s a phrase that was on every music critic’s lips back in the early 2000s, when The Rapture were mining Gang of Four’s solid gold, Interpol were summoning the ghost of Ian Curtis, and !!! staked out the common dance-floor turf between PiL and ESG. And there’s evidence to suggest that the revival never really ended, as post-punk’s rhythmic principles have become firmly embedded in the DNA of modern indie rock. But whereas the post-millennial post-punkers offered a hedonistic escape from the looming black clouds of 9/11 and the Iraq war, the current class cropping in the U.K. and Ireland is forcing listeners to reckon with reality as if thrusting your head into an unserviced porta-potty on the final day of a weekend festival.There’s an old line of wishful thinking that suggests political turmoil makes for the best music (as if a couple of great records would be enough to compensate for the rise in income inequality, the degradation of the environment, and the proliferation of fascism). But the theory bears out when you consider all the exciting—and fiercely antagonistic—artists from the Isles who are thriving amid the chaos of the post-Brexit era. From the working-class warfare of Sleaford Mods to the pub-brawl poetry of Fontaines D.C. to the inspirational aggression of IDLES, these are good times for music about the bad times. But if these groups reinforce a definition of post-punk that centers on bruising basslines and melody-averse admonishments from vocalists with thick regional accents, other artists featured on this playlist uphold post-punk’s legacy of fearless, nonconformist experimentation, as manifest in the oblique artcore of black midi, the hypnotic pulse of Vanishing Twin, and the extended percussive odysseys of the aptly named Nottingham duo Rattle. That’s why post-punk revivals never go out of style: There are always so many different kinds of post-punk to revive.Photo courtesy of Daniel Topete