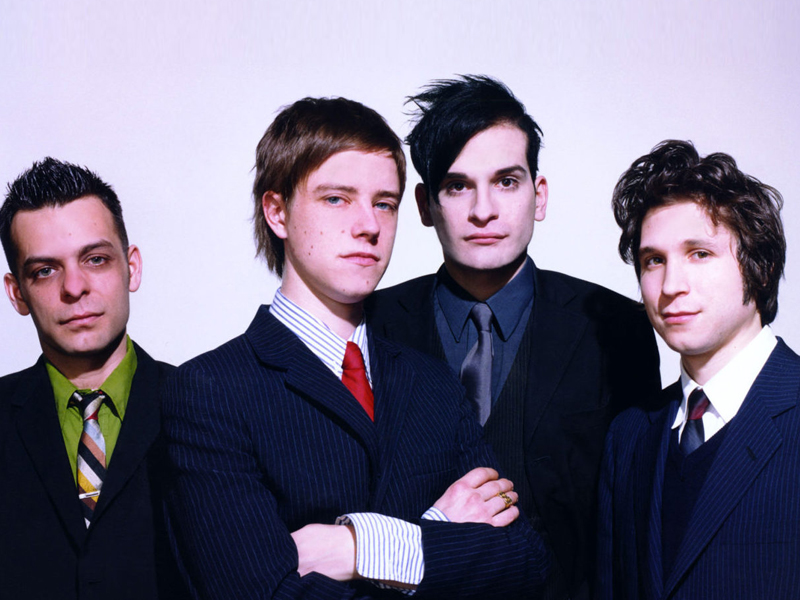 On August 20, 2002, NYC was a much different place than it was just a year previous. Post-9/11, the air hung heavier, thick with apprehension and paranoia—exactly the type of environment ripe for an album as stunningly devastating as Interpols debut. Looking back 15 years, Turn on the Bright Lights remains the chiming centerpiece of 21st-century post-punk because it so acutely reflects its time and place of origin, while capturing a deep-seated malaise that would extend well past that time and place.Some 20-plus years before that, post-punk rose and fell with a sound that was so sharp and brutally real, there was no chance it could survive long. like PiL would invent it; bands like Joy Division would fully embody it. Their songs—tightly wound and always teetering on the edge of catharsis without ever fully realizing it—articulate that maddening clench in the pit of the stomach that refuses to ever completely let go. Its a similar feeling that Interpol intricately conveys on tracks like "PDA" and perfect album opener "Untitled," with its thick bass and quivering guitar jangle streaked in wavering drones. It doesnt hurt that Paul Banks stoic baritone fluctuates at the same low, dolorous tremble as Ian Curtis did.But where those pioneers stripped punks fiery brutality down to its starkest essence, Interpol also paint it in varying tones of goth and grey, echoing gloomy sonic architects like The Cure, Bauhaus, and Echo & The Bunnymen, whose seductive atmospherics, pounding rhythms, and damaged guitar jangle haunt slow-burning ballads like "NYC" and "Hands Away.”While Interpol may have found influence from dreary 80s England, their debut is purely rooted in early 00s New York. But youll never have needed to experience either time or place to wholly absorb the myriad shades of discontent—the disillusionment, dread, isolation, and alienation—rendered so achingly intoxicating on any one of these songs.