Off the Wall: Great Quincy Jones Productions from the ’70s and ’80s 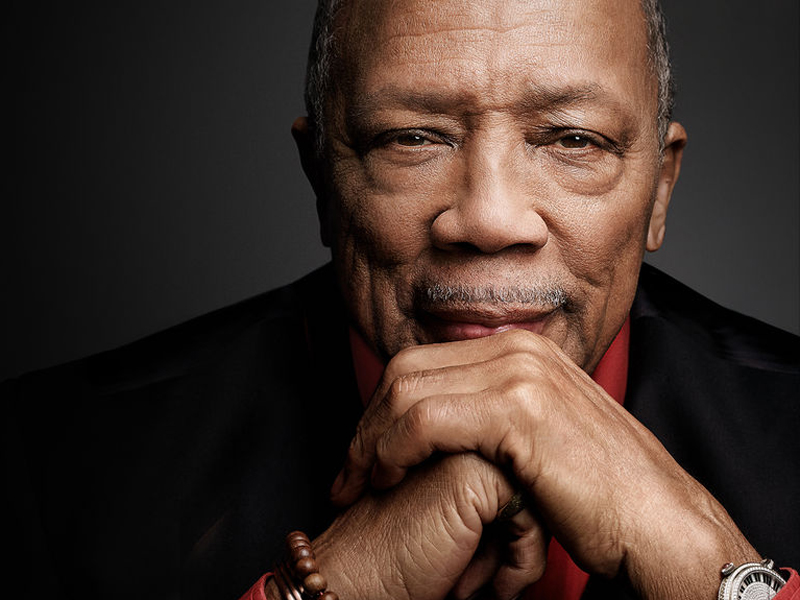 With a career that spans more than 60 years, Quincy Jones has one of music’s most formidable résumés: sideman, Dizzy Gillespie musical director, bandleader, label executive, arranger, soundtrack composer, TV mogul, and winner of 28 Grammys (so far). His biggest legacy, however, is as a producer—a job he described as “part babysitter, part shrink.” Though his long footprint has been known to careen into jazz, bossa nova, and hip-hop, it’s the R&B, pop, soul, and soundtrack music he made in the ’70s and ’80s that define entire worlds, thanks to Q’s lush arrangements, perky percussion, and airy sounds—not to mention his work on Michael Jackson’s 1983 album, Thriller, the biggest-selling album of all time.His early-’70s soundtrack work and TV themes mixed large orchestral vision with indelible jazz-funk rhythms. His mid-’70s solo albums—and concurrent work with Aretha Franklin and the Brothers Johnson—simmered with soft-focus groove, bravado, slickness, and warmth. It was a perfect fit for the era when disco and funk met pop, when he eased on down the road into the 1978 soundtrack to The Wiz and Michael Jackson’s glossy 1979 breakthrough Off the Wall. The records he produced on his record label, Qwest—George Benson, Patti Austin, James Ingram, and a late-career album for Frank Sinatra—provided sophisticated songs for Quiet Storm radio and beyond.By the end of the ’80s, Jones had produced the record-breaking charity single “We Are the World,” garnered three Academy Award nominations for his work on The Color Purple, produced Jackson’s Bad, and taken his own victory lap with 1989’s star-studded solo album Back on the Block, winner of that year’s Grammy for Album of the Year. On the title track, featuring rappers Ice-T, Grandmaster Melle Mel, Kool Moe Dee, and Big Daddy Kane, you can hear the whining horn from Ironside that he had introduced nearly 20 years earlier. In honor of Off the Wall’s 40th birthday, here’s a celebration of Jones—the producer—in his most iconic period.