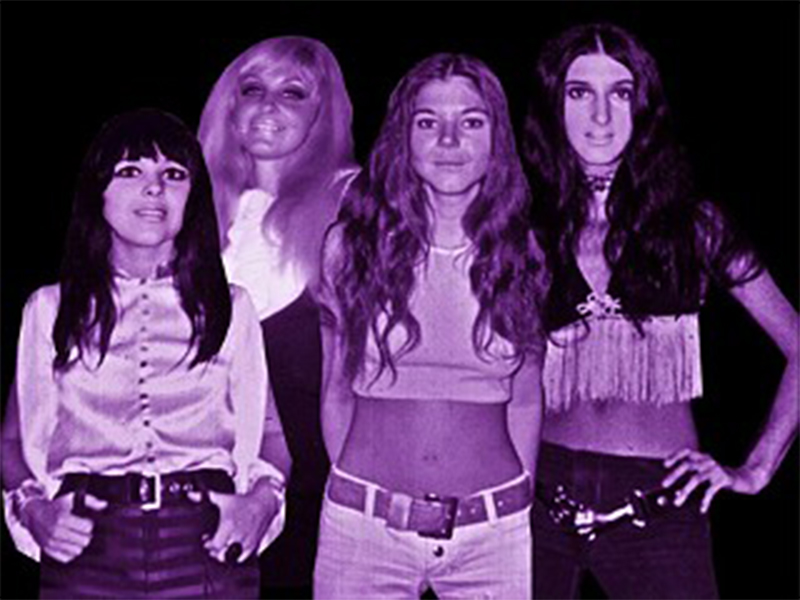 When it comes to rock ’n’ roll sans boys, sisters were doin’ it for themselves all over the globe as far back as the mid-’60s. Half-baked historians tend to trot out ’70s bands like Fanny or The Runaways as examples of rock’s first self-contained all-female bands, probably because—though hardly stars—they became better known than most of their forebears. But the fact is that when the mid-’60s garage-rock phenomenon was inspiring tons of teenagers to bust out guitars and drums, eschew aural niceties, and start playing guts-and-gravel rock ’n’ roll, there was no shortage of young women revving up for the revolution.In the U.S., distaff ’60s bands were thick on the ground. Goldie & The Gingerbreads, the launching pad for respected rocker Genya Ravan, were probably the first, getting together in New York City in 1962. But within a couple of years, they were joined by The Pleasure Seekers (including future glam-rock star Suzi Quatro alongside her sisters), The Debutantes, The Luv’d Ones, and hordes of others.But America wasn’t the only place where this phenomenon was being forged. England had its own female Merseybeat band in The Liverbirds, while Germany had Die Sweeties, and Indonesia boasted Dara Puspita. Quebec gave Canada Les Intrigantes, and Las Mosquitas generated a buzz (sorry) in Argentina, while Sanjalice showed up in Yugoslavia. Some of these bands were cutting covers of the hits of the day, but a lot were writing their own tunes, and even if the bands that made the femme-rock underground of the ’60s never really found their way to fame and fortune, they still made a crucial contribution to the culture. In an era when the women’s movement was just getting underway, the original Riot Grrrls made it clear that guys didn’t have a monopoly on rocking out.For more ladies of the first generation of rock, read Jim Allens story on pleasekillme.comhere.