Sly and the Family Stone: They Still Want to Take You Higher 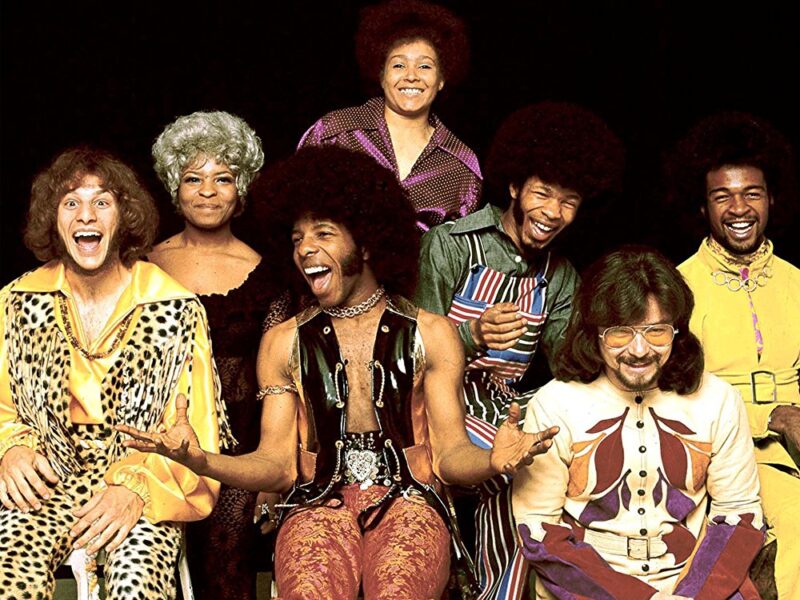 Fifty years ago this summer, Sly and the Family Stone were melting down amid a mess of missed shows, internal frictions, and bad PCP. Yet the funky utopia they briefly represented remains utterly compelling even now.The band’s mastermind was Sylvester Stewart, a singer and multi-instrumentalist who had first gained fame in San Francisco’s music scene as a DJ and producer under the handle of Sly Stone; this surname would also be used by the two bona fide siblings among his bandmates. Sly and the Family Stone were integrated not only when it came to matters of race and gender but also in terms of Stewart’s remarkably inclusive creative vision, one that would be presented with an exuberance that dissolved any boundaries between rock, funk, soul, pop, and psychedelia.As per the boastful title of the band’s 1966 debut, they were indeed a whole new thing. And on the heels of their set at Woodstock in August 1969, record buyers were ready to go wherever Stewart wanted to take ’em. Alas, life within the Family fold had already become a far heavier trip than listeners could have known based on their three iconic hits of 1969 and early 1970—“Hot Fun in the Summertime,” “Everybody Is a Star,” and “Thank You (Falettinme Be Mice Elf Agin)”—and the massive success of 1970’s Greatest Hits, the most indispensable album ever to bear the title. Things just got heavier after that, though Stewart managed to prevent his complete personal collapse long enough to make two more masterpieces in 1971’s There’s a Riot Goin’ On and 1973’s Fresh.As grim and weird as the later chapters of this story have been, the music Sly and the Family Stone made in their imperial phase is somehow as inventive, exhilarating, and downright joyful as ever. One reason it still feels fresh is the abundance of hip-hop, R&B, and dance tracks powered by samples of the originals’ hooks, horns, and harmonies—and, of course, the unbeatable grooves provided by the rhythm section of bassist Larry Graham and drummer Greg Errico. Here’s a set of songs that wouldn’t be half as amazing if not for their sturdy foundations of Stone.