The Stooges’ Fun House at 50 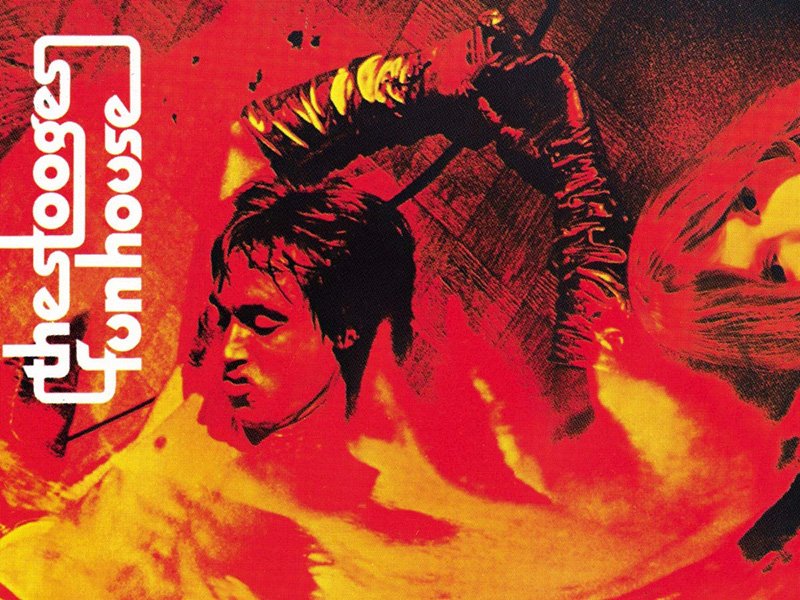 The legend of The Stooges has been documented in every medium possible—books, documentaries, box sets, Audi commercials—and all support the undeniable case that punk rock as we know it would not exist without the glass-smashing, chest-slashing hysterics of Iggy Pop and his Ann Arbor bastard brethren. But while it’s tempting to plot The Stooges along a linear fuse that led to punk’s big bang, the group’s 1970 sophomore release, Fun House, has always defied such a simple narrative.Most of what we refer to as proto-punk—be it the sneering garage rock compiled on Nuggets or the heavy-duty psychedelic blues of Blue Cheer—is really just a louder, scrappier take on the British Invasion sounds that dominated the ’60s. And even the wild, death-trippin’ rock ’n’ roll of The Stooges’ canonical 1973 album Raw Power wasn’t that far removed from, say, the raunchy thrust of early KISS or Aerosmith. But from Ron Asheton’s opening guitar strike on “Down on the Street,” Fun House instantly feels so much darker, heavier, and—thanks to Ron’s drummer brother Scott and bassist Dave Alexander—funkier than anything of its vintage. A boiling-hot cauldron of early heavy metal, bad-trip psychedelia, James Brown, and free jazz, Fun House is anarchy executed with military precision—not so much a display of controlled chaos as chaotic control. To mark the album’s 30th anniversary in 2000, Rhino Records released a box set, 1970: The Complete Fun House Sessions, that compiled every single take from the album’s original recording sessions—we’re talking 142 tracks to document a seven-song album that yielded no viable non-album outtakes. And on the occasion of its 50th anniversary in July 2020, the box set is being issued on vinyl for the first time at a price tag of $400. But while some may question the value of hearing 14 versions of “T.V. Eye” in a row, for Fun House devotees, such financial and practical considerations are immaterial. Because that’s what Fun House does to you—it’s less a record than a sinister spell, that mysterious cursed object in a horror movie that you’re warned not to upset, lest you unleash its horrible powers, but you do it anyway. More than a mere proto-punk classic, this album belongs to its own subterranean netherworld, one whose pathways continue to burrow into all corners of the underground, as this playlist of Fun House favorites and followers can attest.