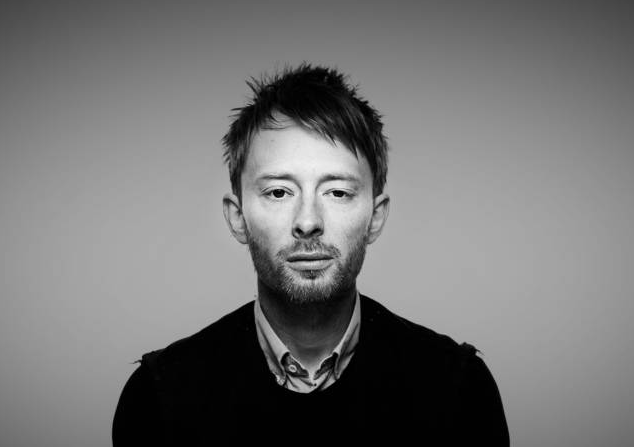 If theres anything more intimate than baring your soul with a lyric, its inviting the world into your record collection. Over the years, Thom Yorke has granted us both, giving us a peek into the psyche of one of modern rocks most celebrated and enigmatic figures. There may be entire websites dedicated to decoding his words, but when it comes to the music that makes Yorke tick, we can go directly to the source. The Radiohead frontman has never been shy about revealing his influences. Since OK Computer and especially Kid A, hes been turning alt-rock diehards into IDM geeks, jazz freaks, and underground hip-hop heads.But to truly comprehend how his musical mind is wired, theres nothing quite like seeing how he can put together a playlist or, better yet, DJ a party. Over the past decade, it seems Yorke has found just as much thrill in promoting other peoples music as his own, from assembling iTunes playlists to playing top-secret DJ shows to publishing Radioheads "Office Charts," an extensive collection of mixes featured on the bands deadairspace blog. Here, we dig up a few of his notable works as both music curator and DJ to tap into some of his creative—and physical—energy.THOM YORKE’S 2007 iTUNES PLAYLIST

Six months after the release of his stark electronic solo debut, The Eraser—and in the midst of recording Radioheads lightest, most romantic, work, In Rainbows—Yorke took to iTunes to present his favorite songs at the moment (i.e., January 2007). As a playlist maker, Yorke is admittedly a bit all over the place. But when you piece it all together now, his collection certainly works as a sort of deconstructed primer for his then-new solo effort and future works with Radiohead and Atoms For Peace. The addition of Bat For Lashes enchanted, ethereal pop points all the way to the sweeping ballads of A Moon Shaped Pool, while the ominous piano and rolling snare beats of The Dears "No Hope Before Destruction" portend In Rainbows funereal closer "Videotape" (even though, in the accompanying liner notes, Yorke admits he doesnt know much else by them).These grand, dramatic pieces get cut up by the sort of dark, glitchy grooves Yorke has increasingly embraced: Hes a sucker for Madvillains rhymes and Quasimotos loose, vintage production; he loves the "lizard bass sound" of Boxcutter; and is hypnotized by the maddening, menacing post-rave loops of UK producer Surgeon, an artist he discovered after OK Computer. And while the sleazy bass of Spank Rock is a bit of an outlier here, the inclusion of Liars—who Yorke would eventually remix—seems just right, especially when he accurately describes "Drum Gets a Glimpse" as "more terror from the subconscious."GLASTONBURY SECRET FUSELAGE DJ SET (2011)

Fast forward four years and Thom could be found hitting the decks alongside producer pal Nigel Godrich in a "crashed aeroplane fuselage" adjacent to the 2011 Glastonbury Festival. The story goes that the duo played a killer four-hour set, but Yorke would later only reveal 17 of the songs played on deadairspace. This was one of a handful of surprise DJ events that year, including a couple at Los Angeles Low End Theory with Brainfeeder boss Flying Lotus (a union that gave rise to perhaps the greatest GIF ever). This would all happen following the release of Radioheads somewhat divisive eighth album, The King of Limbs, which was dominated by loops, samples, and broken-up beats of Yorkes creation. It also came with the great unveiling of Thom the modern dancer. With those beats and dancing moves in place, his rising role as DJ seemed a natural move.These tracks make for a pretty pumping party, one seemingly co-signed by Diplo, who, along with his label Mad Decent, is represented here in various forms (with Blaqstarr, Major Lazer, and Boy 8-Bit). The set is also punctuated by moody British electro (Nathan Fake), a UK jungle classic ("Original Nuttah"), and Public Enemys hard-hitting politics ("Night of the Living Baseheads"). The mix pounds—aggressively and unrelentingly—more so than any Yorke creation ever has, and we certainly wouldve loved an invitation. (Note: Track 2 in Yorke’s 17-song sampler, Felix da Housecats "Madame Hollywood," is not available on Spotify.) LIVE FROM A MOON SHAPED POOL/RADIOHEAD OFFICE CHARTS (2016)

Five years on and with a brand-new album ready for show, Yorke would accompany the release of 2016s A Moon Shaped Pool with a six-hour compilation of tracks that had been featured on their blog under the innocuous title of Radiohead Office Charts. If you were looking to dissect Thom Yorkes brain, this is probably a good place to start your examination. Or if you simply want to discover some seriously awesome experimentalists—from Nigeria (BLO) to India (Charanjit Singh) to Syria (Omar Souleyman) to Germany (Christoph De Babalon)—to go alongside classical concertos (Bach), New Orleans jazz (Sidney Bechet), and Yorkes go-to faves (Modeselektor, Madvillain), this is your one-stop shop.Despite a jumble of sounds that span genres, nations, and generations, this collection feels expertly curated. The vibe is overall cerebral yet chill—exactly what youd expect from the guy who just helped spearhead one of the years most haunting records. In fact, any track from A Moon Shaped Pool would fit right in. Actually, any Radiohead or Yorke track period would make perfect sense here, as a fascinating distillation of his existence as both major music geek and major music innovator.Want more playlists and articles like this delivered directly to you? Sign up for our e-mail here, follow us on Facebook, or go directly to the source and subscribe to our Spotify account.