Why Tina Turner’s “The Best” Is The Perfect Workplace Soundtrack 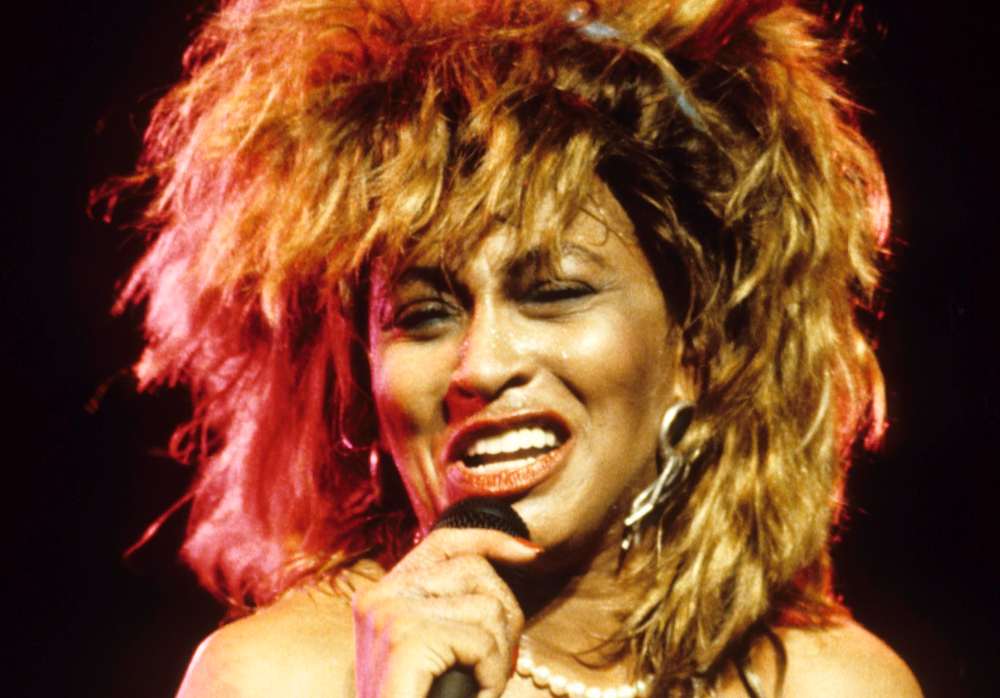 During the first season of Tina Feys zany Muppet Show update 30 Rock, Alec Baldwin, playing ever-demanding executive Jack Donaghy, stares at a portrait of his boss—the man who represents, to him, the pinnacle of corporate achievement. As he raises his teacup to the portrait, which he himself painted, he sings, softly, the chorus of a song that ruled radio during the 80s waning months: "Simply the best.. uh, uh, uh."Tina Turner plucked "The Best" from the back catalog of Welsh belter Bonnie Tyler for her 1989 album Foreign Affair, and its since become one of Turners signature songs. Its soundtracked number-retirement ceremonies for top-tier athletes like Philadelphia 76ers sparkplug Allen Iverson and the appropriately named Pittsburgh Penguins legend Mario Lemieux. It accompanied the New York Rangers victory lap after their curse-breaking Stanley Cup victory in 1994. And its been used to honor championship-team anniversaries and no-hitters, as well as the 2008 Presidential campaign of Joe Biden.On TV, though, "The Best" has a slightly different story, one thats connected to the rise of self-lacerating, reference-heavy comedy that particularly took off in the 90s, when mind-numbing McJobs and Alanis-branded irony were just entering the cultural bloodstream. The Voice, The X Factor, and other singing-competition shows have featured hopefuls emulating Tina, although those who pick the rock-tinged "The Best" over, say, "Proud Mary" are also setting themselves up for tart-tongued rebukes from the judges.But quite a few uses of "The Best" play Turners triumphant vocal in a context that sorely needs it: the workplace. One of its earliest placements came in a 1998 episode of The Drew Carey Show. In the fourth-season episode "Drew Between the Rock and A Hard Place," Drew (Drew Carey) — blonde and goateed, thanks to his burgeoning music career—is enticed to do one last job before quitting to pursue his dream of life on the road. He hems and haws some, and then: "Get my lumbar pillow — Im gonna be doing some sittin," Carey declares before the songs chorus kicks in. (It pauses for a bit while Carey sharpens his pencil.) The songs placement probably presaged the ending where Carey decides to stay in Cleveland and with his officemates for at least a few more seasons.Other uses, however, are a bit more laden with irony. Arrested Developments 2013 episode "The B Team" uses "The Best" to introduce Michael Bluth (Jason Bateman) and his core production team for the ill-fated biopic about his thieving family — a prison warden slashes screenwriter Warden Stefan Gentles (James Lipton), as well as Carl Weathers and Andy Richter, playing themselves, as they strut through the soaring lobby of Imagine Entertainment. The music is actually coming from Gentles iPad, but the effect remains. Similarly, in the 2016 The Simpsons episode "Much Apu About Something," a motley crew of volunteer firefighters—among them Krusty the Clown ("This is the one good thing I do!") and Principal Skinner—speed away from a burning building as "The Best" plays.Perhaps its most well-known TV placement of the past two decades is probably during the “Motivation” episode from the second seasons of the original UK version of The Office. Hapless aper salesman David Brent (Ricky Gervais) caps a buzzword-and-leaden-joke-filled speech with a jog over to a strategically placed boom box. "Promise me youll remember one thing, yeh?" Brent asks the confused workers sitting before him—then he hits "play" on the radio and engages in an animated lip sync thats clearly designed to make the attendees clap and sing along. They do not. The pantomime goes on for what seems like an excruciating time, but is only about 20 seconds, until Brent pierces the silence—"Ive been David Brent! Youve been the best!" he winks, bopping out of the room in front of the incredulous crowd.Why does this particular song have so much resonance not only with the comedy crowd—its also been used on Zooey Deschanels kicky New Girl and the disgraced-richies chronicle Schitts Creek—but with those who place their characters at work? The production—handled on the original version by Tina Turner and the late soul singer Dan Hartman—is likely part of it; its surfaces resemble the glossy sheens of office-supply catalogs, sparkling efficiency to which the most dingy, windowless offices aspire.But the real reason is Tina, whose reassurances that her subject land with the confidence that made her one of rocks biggest stars—a self-possession that the hapless workers portrayed in these bits rarely deserve. While the full song, minus the oft-used soundbite, is directed toward a lover (comedic uses tend to cut off the chorus right before she declares "Im stuck on your heart, I hang on every word you say/ Tear us apart, baby, I would rather be dead," perhaps fortunately), when Turners chorus is chopped down to its most essential part, it lands like a strivers internal monologue manifested in the air, cutting through the drudgery of paper shuffling and pencil sharpening and turning the everyday into a triumph. But the victory is as short-lived as the two-word phrase that inspired it.