How Tracy Chapmans Debut Made Her the 1980s Most Unlikely Icon 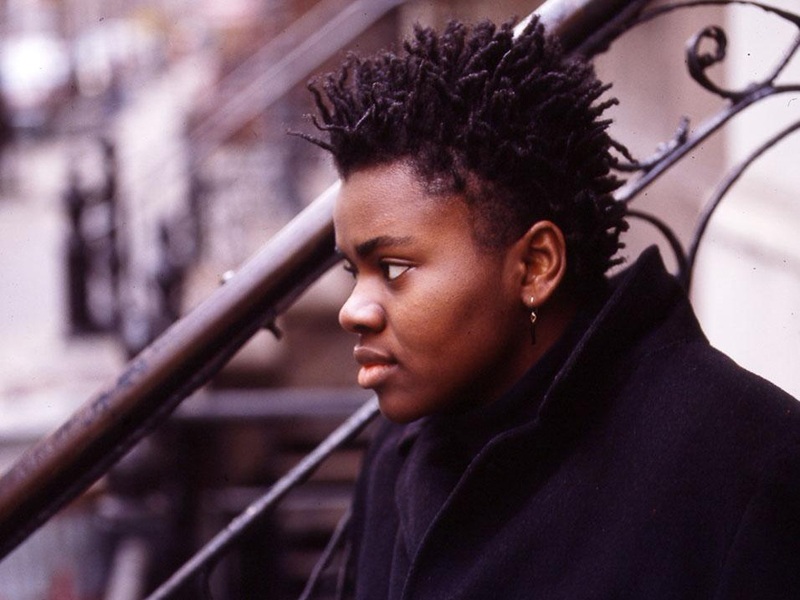 Before Tracy Chapman came along, 1988 sure didnt seem like it was waiting for her. Remember, the U.S. had been through two terms of Ronald Reagan, and the sense of American entitlement (or at least white American entitlement) had reached toxic levels. The "greed is good" era was in full swing. Conspicuous consumerism had become a virtue, if not a requirement. It felt like the entire country had taken a worrying swing to the right.The album charts, airwaves, and MTV rotation were overloaded with bigger-is-better hair metal and synth-swathed, hi-tech dance pop. Nobody was expecting an androgynous young African-American balladeer with an acoustic guitar to bring back Americas social conscience and rise almost overnight from obscurity to iconic status.But when Tracy Chapmans self-titled debut album arrived, packed with undeniably urgent tunes that could only be classified as protest songs, it was as if the world suddenly realized it had been nursing a Chapman-sized void for years, which was finally being filled. And the world responded in kind: a No. 1 record all over the globe, an armful of Grammys, a Top 10 hit with "Talkin Bout a Revolution," and saturation of just about every arm of the media, from magazine covers to radio playlists.Though nobody had heard of Chapman before April of 88, by September she was co-headlining Amnesty Internationals Human Rights Now! tour, alongside socio-politically savvy rock titans like Springsteen, Sting, and Peter Gabriel. But the force of her songs, sound, and persona made it impossible to imagine any other scenario.In the year of "Dont Worry, Be Happy," here came a forthright troubadour with a force-of-nature voice delivering songs about domestic abuse (the chilling, a cappella "Behind the Wall"), the harsh realities of American poverty ("Fast Car"), the madness of materialism ("Mountains O Things"), worldwide injustice ("Why?"), and of course, the long-overdue arrival of a political sea change (the rabble-rousing"Talkin Bout a Revolution," which proudly proclaimed, "finally the tables are starting to turn").Sure, an eyeblink later we had The Indigo Girls, Melissa Etheridge, et al. But when that first Tracy Chapman album burst into being, it felt like something unprecedented was happening, or at least something the likes of which the nation hadnt seen since the days of Bob Dylan and Phil Ochs more than two decades earlier. And it was lost on no one that this charge was led by a sexually ambiguous woman of color in a time when a doddering, reactionary white man defined Americas image.30 years after Chapman first made her mark, the U.S. finds itself at a troubling juncture once more, a time when an alarming number of citizens have swung to the right yet again, and all the social ills of the 80s are threatening to take up residence in the heart of America again. If Tracy Chapman were making her debut now, when theres such a grievous crevasse in our nations liberty, she would probably be described as "woke."But Chapman was woke long before that colloquialism ever even existed. If songs like "Fast Car" and "Talkin Bout a Revolution" were unleashed for the first time in 2018 instead of 1988, theyd feel just as much like a desperately needed breath of clean, fresh air. In fact, if you dust those tracks off and take them out for a spin right now, youll find that they still speak to the state of things with just as much resonance as ever. And while its a shame that theyre still so necessary, its a blessing that theyre still so unshakably powerful.