Unholy Sacrament: The Best of Deerhunter 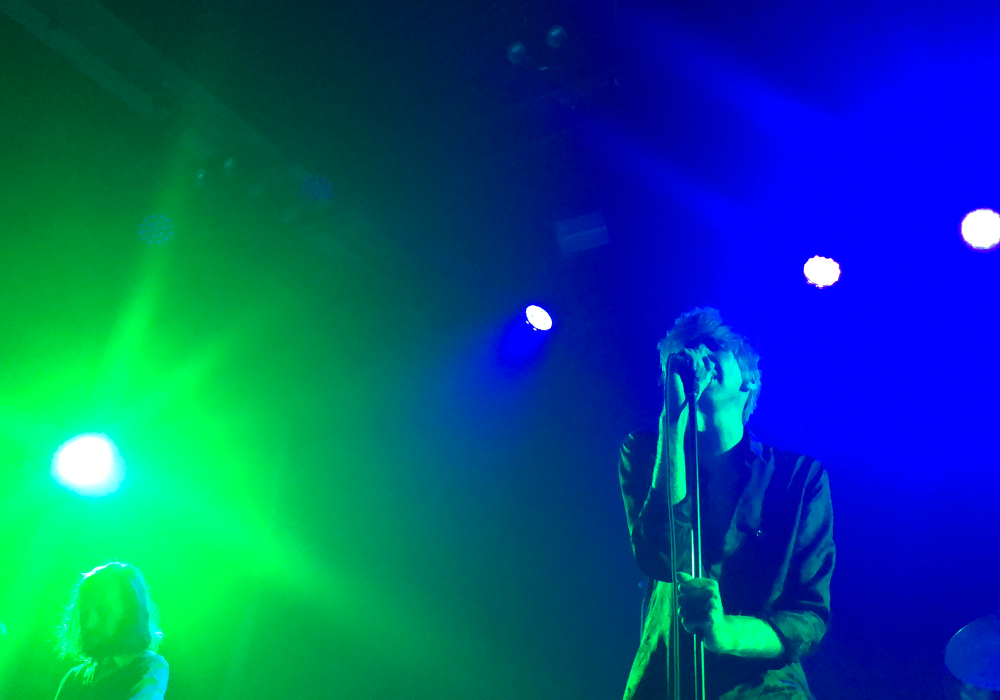 Original photography by Tuyara Mordosova. Subscribe to the playlist here.The deceased LA artist Mike Kelly did something amazing in his art. Throughout much of his work, and most notably in his Memory Work Flats, a series two-dimensional sculptures that he created from 2001 up until his suicide in 2012, he grafted modern American bric-a-brac -- buttons, bottle caps, keys, coins, and pendants -- onto larger, wall-hung surfaces. As with the abstract expressionism of Jackson Pollock, the overall effect of these is initially overwhelming and cacophonic -- the viewer struggles to find a focus -- but a rhythm inserts itself eventually, and the collection of junk (there’s no other way to describe it) gains a more ethereal, transcendent form. Kelly has taken objects that ostensibly have little relationship to one another -- that were built to decay in trash dumps and street corner cracks -- and transformed them into a cohesive modern American, high-art sacrament.

In their patchwork, low-hi-art approach, Deerhunter provide a sonic counterpart to Kelly’s artwork. Over the past two decades, the Atlanta band has stitched together elements of ambient, Krautrock, shoegaze, lo-fi electro, post-punk, warped rockabilly, and classic pop for a sound that is, at turns, explosive, defuse, ugly, and ethereal. The songs are full of sex, noise, drugs, screeching feedback, Russian porn stars, wheezing vocals, detuned guitars, and tiny deaths. It’s ugly until it isn’t -- when the dissonance coalesces into melody, and the characters emerge from their chemical cocoons to search for forgiveness, redemption, or, at the very least, empathy. Like Kelly, they tend to build their own iconography from the minutiae of suburbia’s spiritual dissolution, and it’s both revolting and beautiful.

Deerhunter was formed in 2001 in Atlanta, Georgia. It included Bradford Cox, Moses Archuleta, and others who are no longer in the band. The band’s first album, 2005’s Turn it Up Faggot, is more or less unlistenable for those not attuned to the more noisey end of the punk rock spectrum, but the band quickly pivoted, bringing on guitarist and longtime Cox friend Lockett Pundt, who would serve as the band’s other primary songwriter and provide a more trad-rock ballast to Cox’s experimental, kitchen-sink approach. The sophomore album, Cryptograms, was recorded over two days in late 2005, but it took nearly 14 months for their new label, the venerable indie Kranky, to release it. When fans finally heard Cryptograms, many were taken aback. The album was a fairly drastic departure; the jagged, lacerated guitar work of the original was replaced with atonal ambient textures, dadistic pop tunes, and nods towards a Southern Gothic strain of shoegaze. Traces of their earlier, noisy sound remained though, and the overall effect was that of a e listener fine-tuning the dial of a old radio knob, slowly bringing clarity and a bit of pop refinement (if not exactly polish) to the band’s lurking, free-range noise sensibilities. 2008’s Microcastle/ Weird Era saw the group continue to focus their aesthetic. There were actual songs, for one thing. The jangly “Agoraphobia” remains one of their most catchy and tender tracks. There’s a wisp of Sonic Youth’s no wave guitar fuzz, but largely the album is dedicated to taut, post-punk jams like “Nothing Ever Happened” or the great “Never Stops.” As you’ve probably been able to pick up, Deerhunter’s career has a certain arc, beginning with noise bedroom and blog jams of their early years to the learner, more traditionally structured indie rock of Microcastle. It’s not that their more recent work is without value -- 2013’s Monomania traffics in Krautrock and psych to bleary and occasionally beautiful results; while 2015’s jangling, Southern-fried Fading Frontier is the hangover from Monomania’s ridiculous affectations -- but 2010’s Halcyon Digest remains the group’s high-water mark. It’s an album were the band finally boiled down their disparate, oftentimes contradictory influences into a sound and emotional palette that felt uniquely theirs.The album title is a bit of a put on; in Cox’s telling -- it’s meant as a dig at the temptations of nostalgia -- but, otherwise, the album is emotionally and sonically accessible. The gorgeous “Helicopters,” with it’s chiming, elegiac melodies and plees for prayer, is probably the closest the group ever got to pure pop, while “Revival” is a swamy, garage blues burner.But the album’s centerpiece is “He Would Have Laughed.” That song manages to shift movements and melodies without seeming overly cluttered or fussy, and while the lyrics and Cox’s vocal performance is dark and tinged with death -- the track is a tribute to the recently deceased garage punk icon Jay Reatard -- the track is vulnerable and mournful; at one point, Cox muses that with “sweetness comes suffering.” There’s still a whiff of the anger, neurosis, repression, and self-destruction that swirling beneath the surface, but Cox is able to synthesize this into a voice that is tender, honest and revealing. The pain is still present, but it has transformed and taken the shape of art.