Unpacked: Wilco, Being There 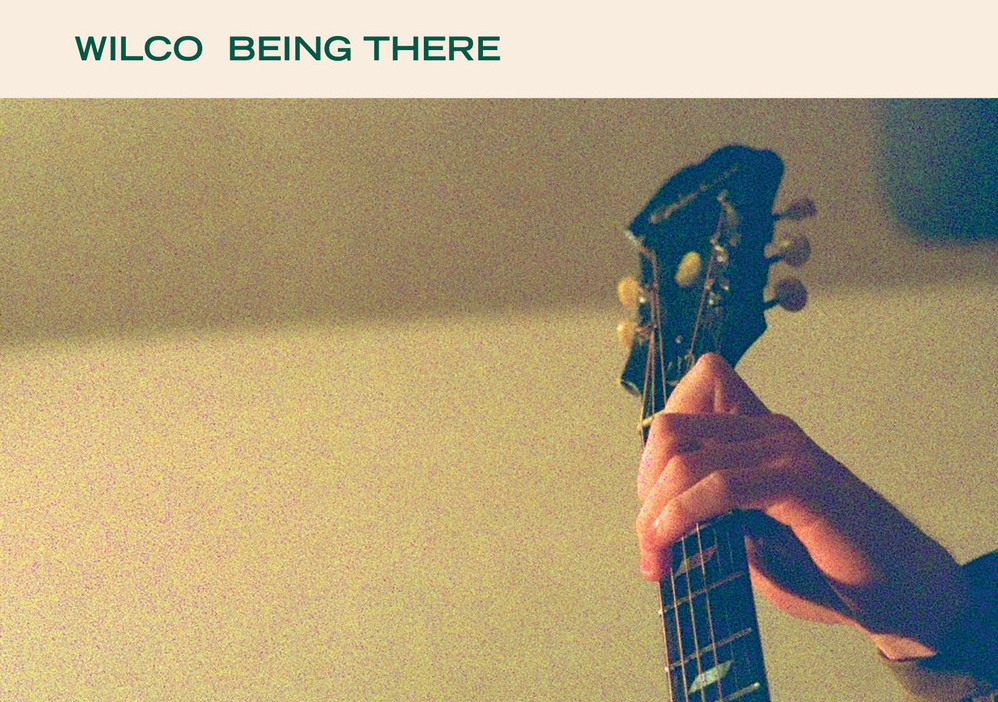 It’s been 20 years since Wilco’s Being There seduced me in my roommate’s Ford Escort. This happened in the fall of 1996, in Kalamazoo, Michigan, just two hours northeast of Chicago. So yeah, the place was crawling with Midwestern college students all earnest and modest and way into Wilco, Uncle Tupelo, Son Volt, The Jayhawks and any other artist camping out halfway between alternative and rootsy. A fan of noisy underground rock, I tended to dismiss these bands — that is until I started borrowing Rob’s Escort to run errands: laundry, the bank, record stores, Smirnoff. The super generous dude said I could take it anytime, and I did. (I also devoured a lot of his groceries — sorry, man.) Why exactly I began listening to his copy of Being There — which had been out only a few weeks — and not one of the dozen other CDs strewn across the floor has been lost time. I’d love to say that I started the ignition one day and became instantly intrigued once the gargantuan, Flaming Lips-like feedback of the opener, “Misunderstood,” drenched the car. But that would be the kind of apocryphal crap music critics love foisting upon readers. Nevertheless, I started listening to the record and gradually became obsessed. It’s never left me. I know it forwards and backwards. I can recite the track list from memory. I appreciate other Wilco albums, but none even come close to blowing my mind like their second.From the little I’ve read about the album (I’m not lying when I say I haven’t read much about Wilco), Jeff Tweedy, Jay Bennett (RIP), and the rest of the crew harbored lofty themes about the complex relationship between rocker and fan when they began recording the sprawling double album in late 1995. You can hear them grapple with this idea on “Misunderstood,” written from the perspective of a fan, as well as “Sunken Treasure” and “The Lonely 1.” I didn’t know any of this when I first formulated my take on Being There, which is this: It’s an overly self-conscious rock album made by an overly self-conscious rock a band about rock, both its awesomeness and suckitude. It’s about how rock is totally weary, spent, and repetitive, yet at the same time utterly inescapable for those addicted to it. And since there is no escape, we might as well drink from that repetition — revel in it. As Tweedy sings on “Someone Else’s Song,” a slowly rolling folk number with a melody reminiscent of The Beatles’ “Norwegian Wood,” “I keep on singing/ You’re eyes they just roll/ It sounds like someone else’s song/ From a long time ago.”Wilco take the notion of singing someone else’s song as a license to wear their influences on their sleeves in a way that most bands would be too embarrassed to ever attempt. Many of these — early Little Feat, Neil, Gram, The Replacements, Big Star — are baked deep into the grooves. Others, in contrast, are shoved in listeners’ faces. Not only does “Misunderstood” lift The Lips’ uniquely groaning feedback, it actually contains lines — “Take the guitar player for a ride/ You see he ain’t never been satisfied/ He thinks he owes some kind of debt/ Be years before he gets over it” — lifted almost verbatim from Rocket From the Tombs’ proto-punk ballad “Amphetamine.” The rocker “Monday” boasts Keith Richards’ guitar tone from Let It Bleed and blaring horns from Exile On Main St. On the blurry-eyed ballad “(Was I) in Your Dream,” Tweedy sounds like a drunken Dr. John impersonator, while over the course of the fiddle jam “Dreamer in My Dreams” he mimics the raspy hellraising of Tex-Mex legend Doug Sahm (who recorded with Uncle Tupelo, incidentally).In addition to blatant plagiarism and mimicry, Tweedy works in all manner of historical references, some obvious, others oblique. In the folksy love ditty “Far, Far Away,” he slips in the phrase “on the dark side of the moon.” You can tell from his hesitant delivery that he totally knows what fans will be thinking when they hear him nick a phrase from Floyd. “Hotel Arizona” has to be a nod to “Hotel California” because the song doesn’t actually contain the phrase in the lyrics. Tweedy sings “hotel in Arizona” but not actually “Hotel Arizona.” Being There contains an “Outtasite (Outta Mind),” as well as an “Outta Mind (Outta Sight)”; both are basically different versions of the same song, just like how The Beatles included slightly different renditions of the title track on the art pop classic Sgt. Peppers Lonely Hearts Club Band. (Ditto for Neil on Tonight’s the Night.)I freely admit that many of my references are wholly my own creation, and Tweedy probably would roll his eyes if he ever read this. Like a nutty conspiracy theorist with a wall full of photographs, pins, and yarn, I’ve constructed a map of the different rock coordinates that I’ve projected onto . The whistling closing out the richly melodic “Red-Eyed and Blue” is a nod to The Lovin’ Spoonful’s “Daydream.” “The Lonely 1,” a syrupy ballad about the rock ‘n’ roll life, is Wilco’s “Beth,” itself a syrupy ballad about the rock ‘n’ roll life. And best of all, the playfully walking piano chords opening “Outta Mind (Outta Sight)” are a secret love letter to the influence that “Sesame Street Theme” exerted on Tweedy as a child.Being There totally invites this kind of fanaticism, however delusional, from its fans. After all, only fellow rock fanatics — the kind that spent their teenage years picking apart every last lyric, riff, and fill on their favorite albums — could’ve recorded a set so absurdly referential. This is music by obsessives for obsessives. What started as a fling in a Ford Escort in the mid ’90s turned into a fascination spanning decades.