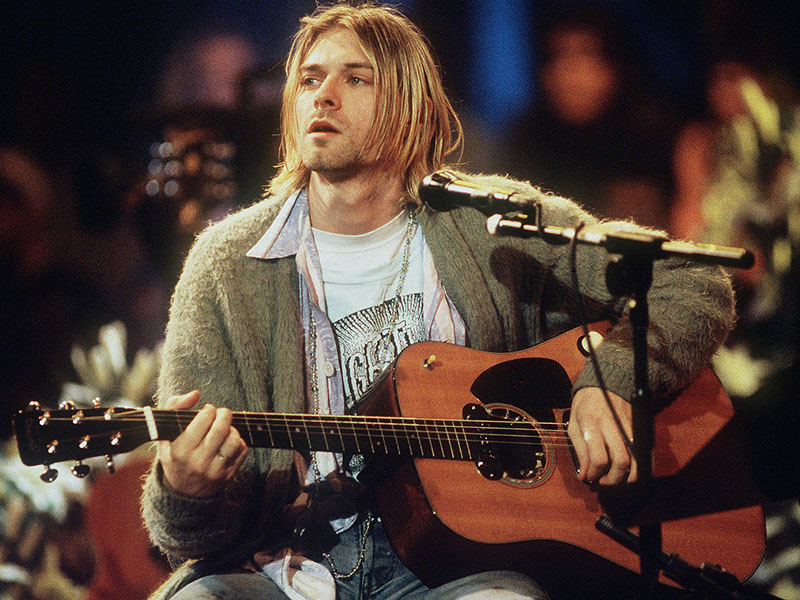 The great irony about the MTV Unplugged phenomenon of the 1990s is that the performances were often less stripped down than gussied up. Sure, the series provided a forum for rock artists to reimagine their riffed-up repertoires as campfire fare, but it also gave them license to crowd the stage with string players, woodwind sections, and other auxiliary personnel. Even a punk-conscious band like Nirvana weren’t immune to this when they sat down for their now-iconic Unplugged taping in November 1993 (released a year later as MTV Unplugged in New York), as they brought along a cello player and a couple of Meat Puppets. But the band’s quietest performance ever proved to be their most intense, no more so than on Kurt Cobain’s traumatic excavation of the Lead Belly standard “Where Did You Sleep Last Night.”That song didn’t just become a key part of Nirvana’s legacy; it set the gold standard for acoustic-administered emotional exorcisms, clearing the bar set by white-knuckled strummers like Bob Dylan and Richie Havens. The other performances collected on this playlist may not approach the same soul-wrenching extremes, but they each document a revelatory moment in a career (such as a young David Bowie finding his flamboyant voice in Jacques Brel’s “Port of Amsterdam” and the early Jane’s Addiction showcasing their range with the harmonica-honked anomaly “My Time”), or they capture a legend in their purest, most primal state (see: Lauryn Hill’s epic freestyle on “Mystery of Iniquity” and Neutral Milk Hotel’s Jeff Mangum stretching the physical limits of his voice on the haunting “Oh Comely”). The casual nature of acoustic performances has also presented artists with a forum for making other people’s songs their own, like Wings’ dramatic reading of Paul Simon’s “Richard Cory” (in which Macca cedes lead vocal duties to Denny Laine) and Heart’s Ann and Nancy Wilson’s arresting rendition of Led Zeppelin’s “The Battle of Evermore” (released on the Singles soundtrack under their Lovemongers alias). And no survey of quality acoustica is complete without oft-overlooked hair-metal outsiders Tesla, whose Five Man Acoustical Jam record actually predated the first proper MTV Unplugged release by six months.