The Versatility of Ennio Morricone 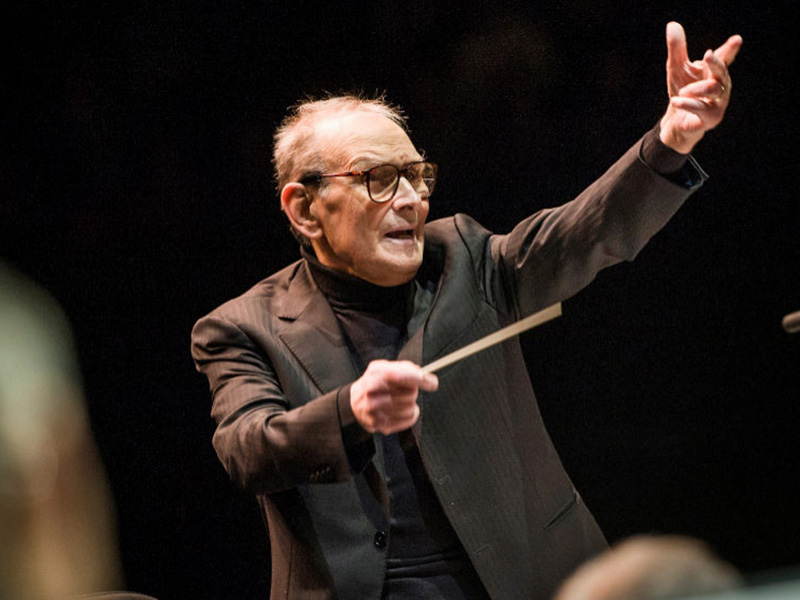 Ennio Morricone found his way onto the fast track pretty early. Within his first few years of working in film scoring, he orchestrated the music for Michelangelo Antonioni’s 1960 existential classic L’Avventura; the following year, he arranged and conducted the music for Vittorio De Sica’s The Last Judgment and orchestrated Dino Risi’s Il Sorpasso. It would have been easy for Morricone to settle down into a long career of writing for Italian art-house films. But with 1964’s A Fistful of Dollars, the immensely popular spaghetti western featuring a breakout performance by Clint Eastwood and a career-elevating turn by director Sergio Leone, Morricone set his sights west of Italy. He looked so far west, in fact, that before long, he was writing music not only for westerns but also for horror movies, comedies, thrillers, and more. Morricone established a trademark sound with the twangy guitars, whimsical whistles, and violent yawps of Leone’s spaghetti-western trilogy, which also included For a Few Dollars More and The Good, the Bad, and the Ugly. In the ensuing decades, he would continually reinvent himself. The ’80s brought the warm strings and triumphant, romantic horns of The Untouchables as well as the delicate, sympathetic melodies of the gangster epic Once Upon a Time in America. His music for John Carpenter’s horror masterpiece The Thing turned cello ostinatos into harbingers of terror, while heartbeat bass refrains bolstered the film’s immaculately cold suspense. The Legend of 1900 (1998) saw the composer dipping into jazz and ultimately doubling down on his sentimental side, while The Hateful Eight combined the many sides of Morricone, folding in stressful motifs into a grand vision of the dark side of the American West.