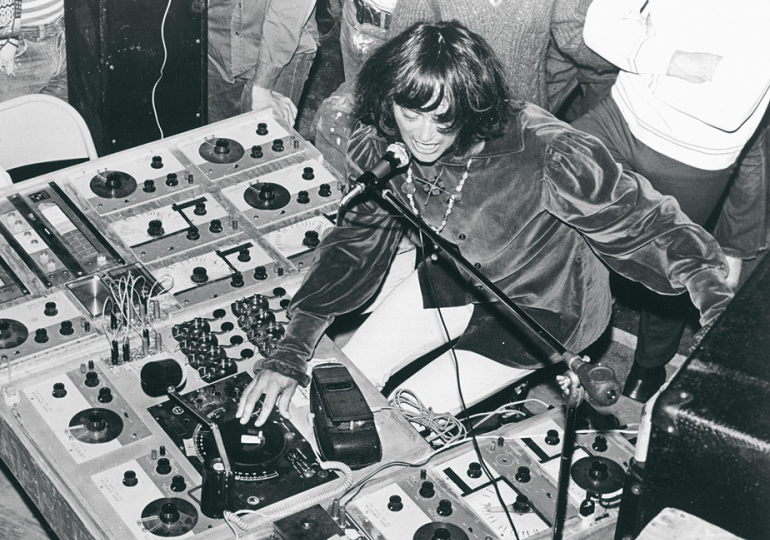 The party line is that electronics first entered the rock realm via prog rock in the early to mid ‘70s, but in fact, synthesizers were already on the scene when a psychedelic haze was still hanging in the air. Though The Monkees were often derided as prefab pop stars, they were actually the first to employ synths in a mainstream rock context, using one of the earliest Moogs on two of their trippier tracks, “Daily Nightly” and “Star Collector.” The Beatles got their licks in as well, from the big fat synth tones on “Because” to the screeching, Moog-generated white noise that builds up in the coda of “I Want You (She’s So Heavy).” Even the blues-rooted Stones took an electronically assisted sojourn into outer space with “2000 Light Years From Home.” Of course, there were plenty of underground acts incorporating synths into their sound, from the Velvet Underground-goes-electronic vibe of the United States of America to the visionary Silver Apples and their homemade gear. It was an era when anything seemed possible; actor/singer Anthony Newley even teamed up with Dr. Who composer Delia Derbyshire for what was probably the first (and freakiest for its time) electronic pop song, “Moogies Bloogies.” Ultimately, all the aforementioned artists were innovators in electronic rock. With the counterculture in ascendance, the sky wasn’t the limit — the stars were.