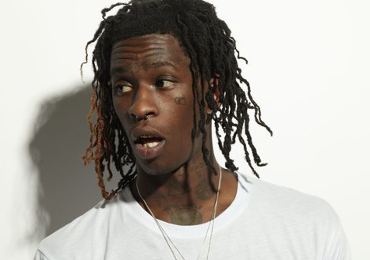 Its an old story, but its still amazing both how persistent and subjective the "album" experience is at this point. Young Thug Leaks and Loosies 2015 is effectively a fan-curated playlist culled from Young Thug mixtape cuts, b-sides and singles that is published on a free, user-generated playlist site that is owned by a major urban media company (Complex). Still, it has nearly 140K plays, which is more than most albums these days, and definitely more than almost any playlist on a major streaming site. I was discussing this with a friend the other day, but the album is an artificial construct, and the common, underlying logic behind either a playlist such this one, or a proper album like The Barter 6*, is that its an extended collection of songs. By this logic, albums are merely officially curated collections of artist tracks. Still, theres a (false?) expectation of coherence when it comes to an album, an expectation for the artist to make a statement, whether that be aesthetically, politically or *The caveat is that The Barter 6 isnt itself a proper album, according to Thugger himself, but a teaser for his proper album,