The 20 Greatest Conductors of All Time 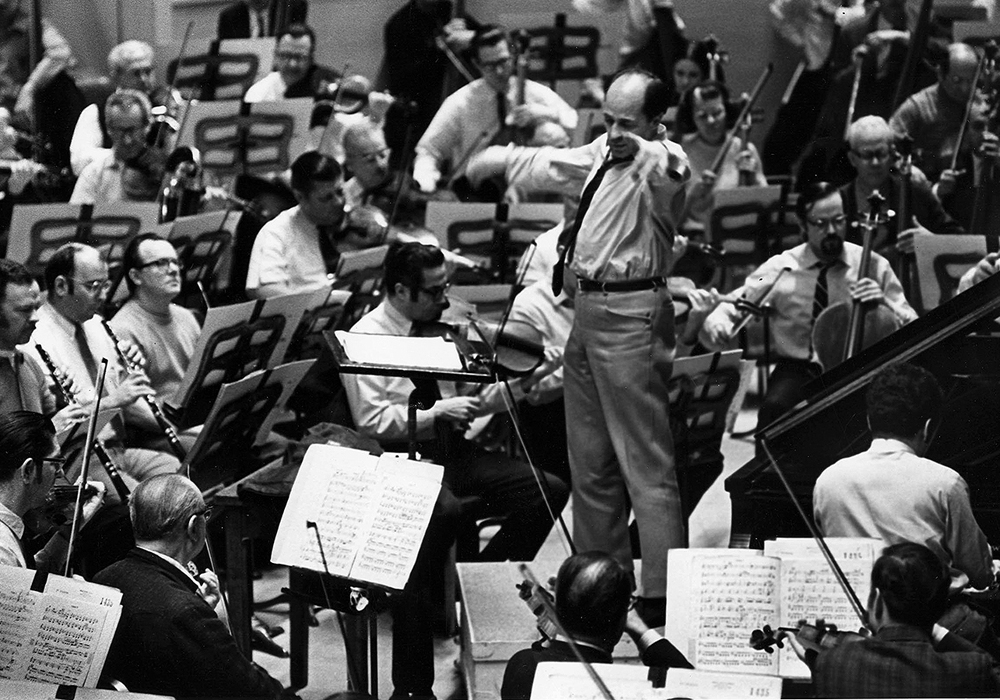 Most people don’t really know what a conductor does, and that’s understandable—much of a conductor’s work takes place out of the spotlight. Contrary to the belief held by some that the conductor is a largely dispensable figure who shows up, waves his or her arms for a few hours, and then takes home a big paycheck, the conductor is often the hardest-working member of the orchestra. A great conductor trains for decades to become great, usually mastering at least one instrument at the highest level. Along the way, he or she achieves a thorough knowledge of music history, a mastery of music theory, and an encyclopedic knowledge of how instruments work.Indeed, the conductor has to know each instrument’s part better than its own player does, and must understand how each of those parts can be best actualized. The conductor spends months learning 100-plus page scores, sometimes even memorizing them, in advance of orchestra rehearsals, which occur in the weeks before a performance. While studying the score, the conductor uses their years of experience and knowledge to interpret its contents, drawing from academic literature as well as recorded music to make executive decisions about phrasing, tempo, dynamics, rhythm, temporality, balance, and countless other aspects. In this sense, every performance of a work is a unique interpretation, even if, on the surface, many sound the same. Once the conductor shows up on stage on the night of the concert, he or she has spent many hours rehearsing that night’s piece with the orchestra, who will be playing, for better or worse, the way the conductor has instructed them to.Conductors are also responsible for selecting the music their orchestra plays, and the ones on this list—compiled by the BBC’s classical-music.com site—have surely been indispensable to the unfolding of music history over the past century. Mahler, for example, may never have become popular in the United States if Leonard Bernstein hadn’t obsessed over his music in the 1960s, producing the first complete recorded cycle of the composer’s symphonies. Nikolaus Harnoncourt and John Eliot Gardiner are both well-known for their important contributions not only to recorded music, but to the scholarship, advancing philosophies of historical performance practice and often insisting that their ensembles use historically accurate instruments. These two conductors seek to deliver interpretations that come from tireless academic study of both the source material and the conventions of its time period. Pierre Boulez was an austere conductor whose interpretations of modern and postmodern music cut to the chase, favoring transparency and clarity over large romantic gestures; some called him cold, while others said he was second-to-none in putting the emphasis on the musical material instead of catering to the emotions of the audience. Point being: Conductors are often (but not always!) rich thinkers who make important decisions about how, when, where, and why we hear music.We should take this list as authoritative, since the BBC polled 100 of the most important living conductors to create it, from Vladimir Ashkenazy to Michael Tilson Thomas. Fans of classical music have argued for years over the qualities and failures of this or that performance or recording, often descending into semantic insanity; however, few would argue that anyone on this list isn’t great. Use this playlist as a jumping-off point to venture forth and decide for yourself: Do you prefer Kleiber’s Brahms 4, or Harnoncourt’s? Furtwängler’s Bruckner 8, or Boulez’s? For Mahler: Bernstein or Abbado? Ultimately everyone has their own opinion of which conductor is the greatest, but the experts have spoken, and these are their selections.