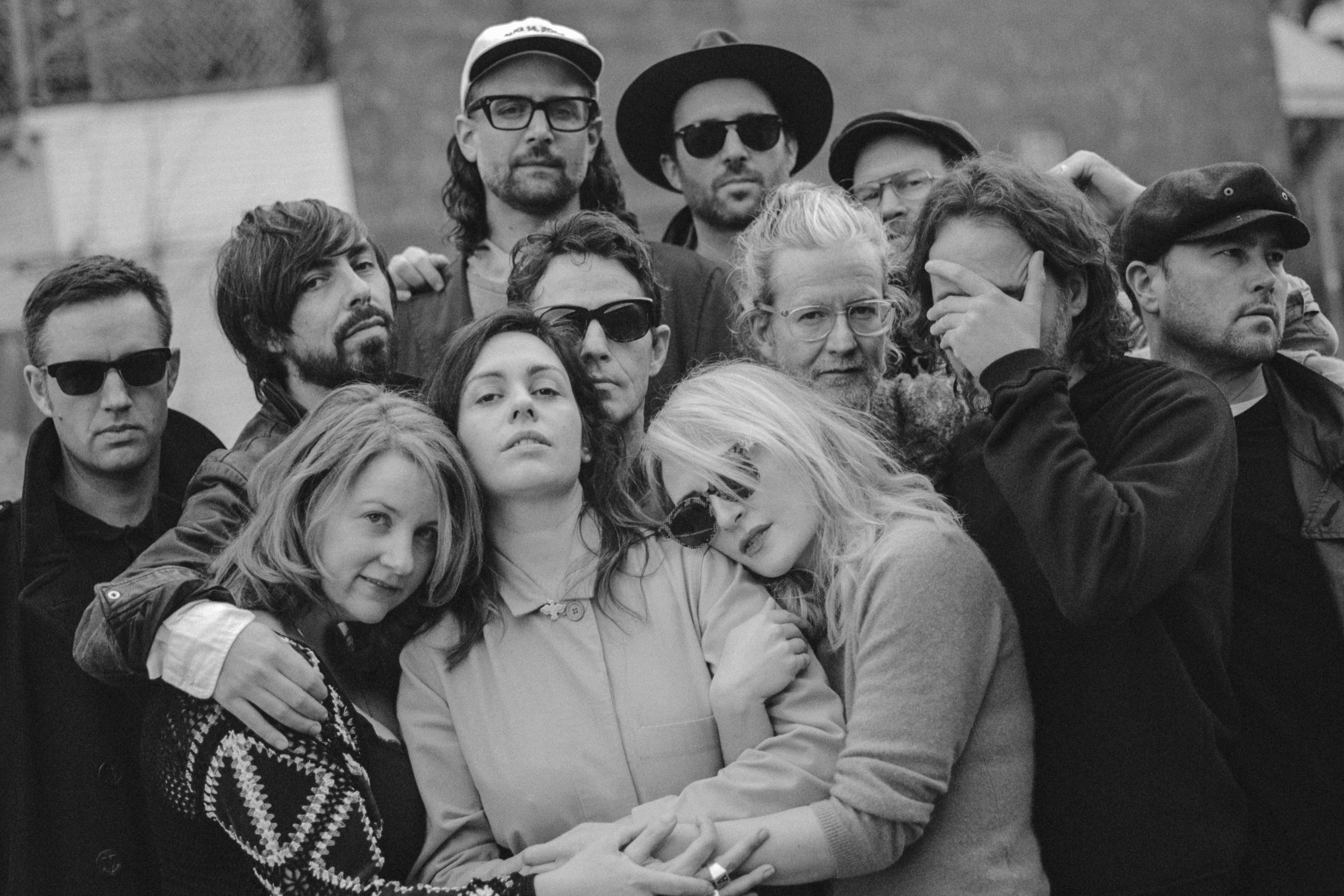 Justin Peroff is the drummer for Toronto indie-rockestra Broken Social Scene. Hes also the manager for Harrison and McCallaman, two artists at the forefront of the citys avant-R&B/future-funk movement. For his Dowsers playlist, Peroff shines a light on the beatmakers, MCs, and art-pop savants who comprise the citys current musical vanguard.

"I love Toronto. Lately, the source of my citys inspiration comes from the young music communities whose members average birth year is 1995. That also happens to be the year I left the burbs for the city and officially called Toronto my home. This playlist is an example of that inspiration." — Justin Peroff 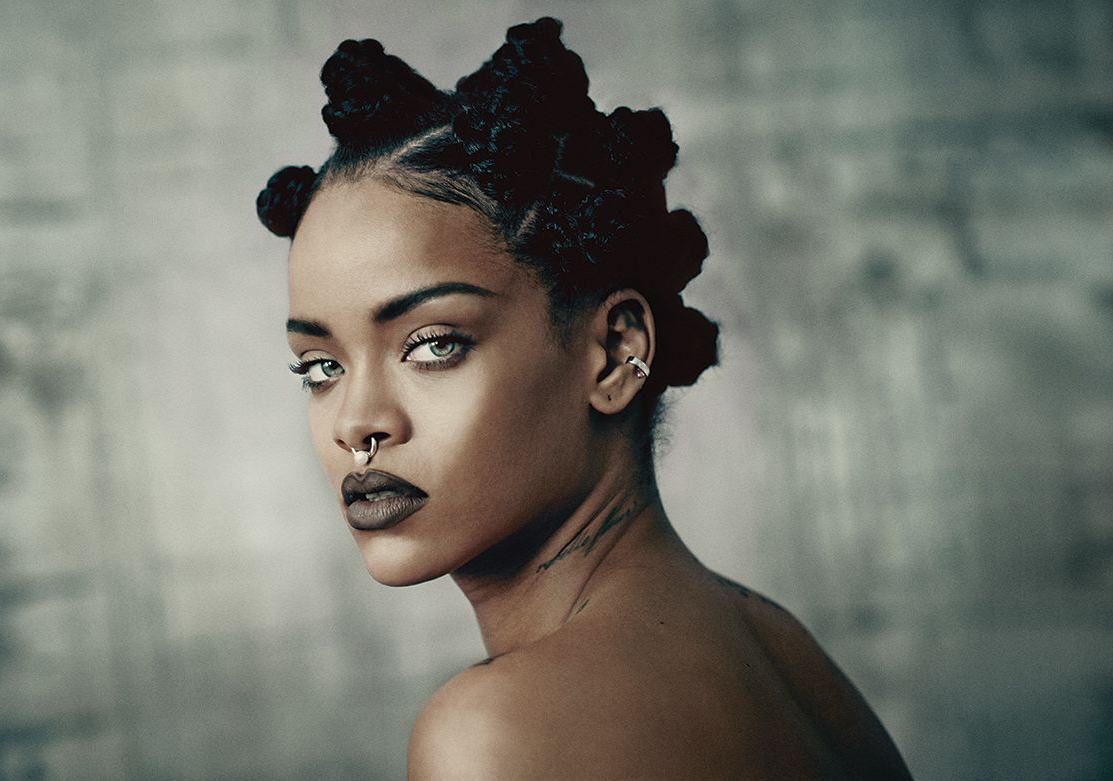 Clappers To The Front

Clap clap clap clap: one of the dominant sounds of hip-hop and R&B in the 2010s is a synthesized handclap, hitting hard on straight 8th notes for every measure of the beat. This deceptively simple formula, which was foreshadowed in the previous decade in beats by Soulja Boy and Swizz Beatz, is compatible with any number of rhythms and production styles, from New Orleans Bounce and D.C. Go-Go to Atlanta crunk and stomping EDM. Stars like Rihanna, Justin Bieber, Kanye West, and Nicki Minaj all have their share of clappers, slowing down a soul clap for a relaxed groove or picking up the BPM to a frenzied pace that no pair of human hands would be able to keep up with. 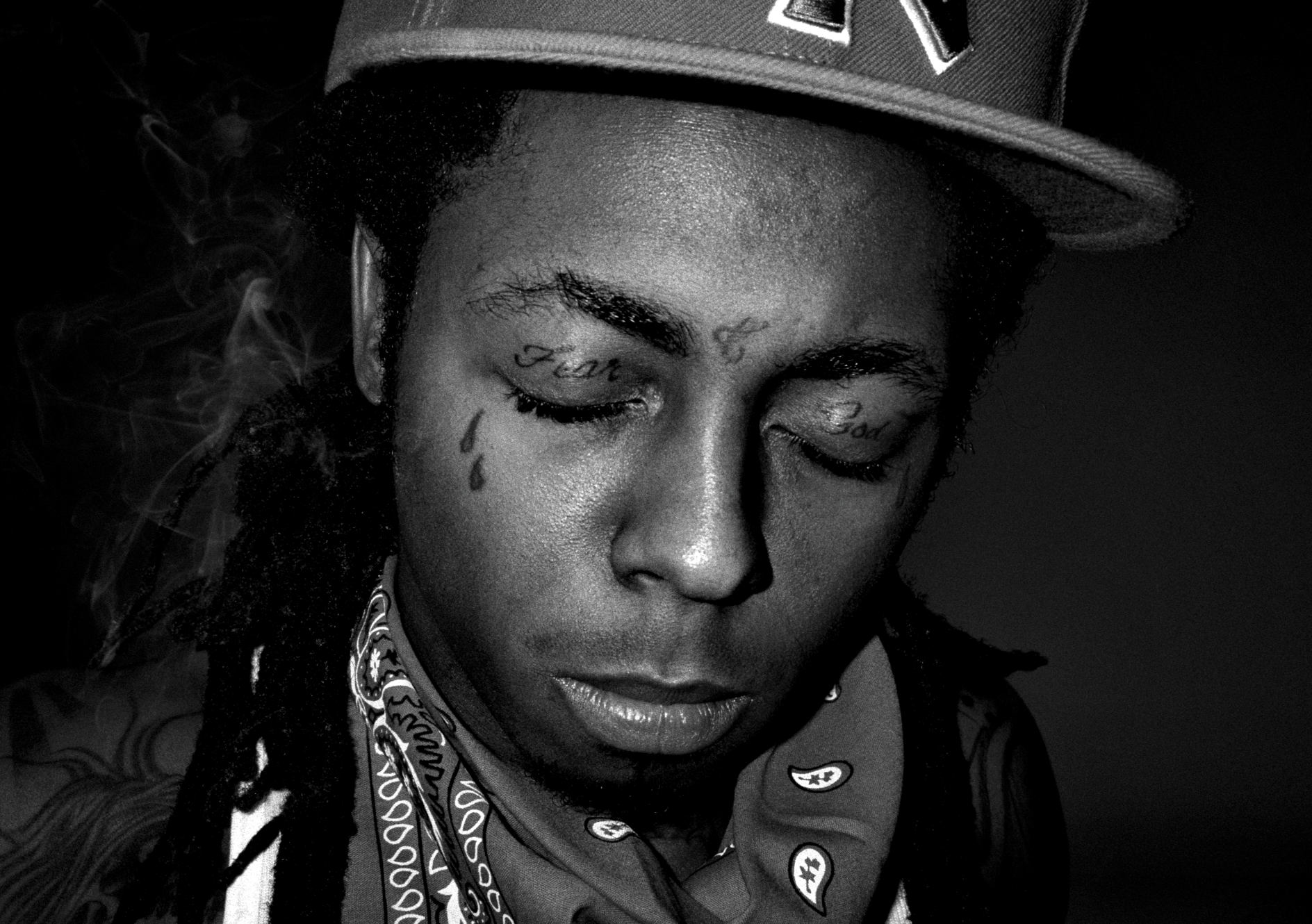 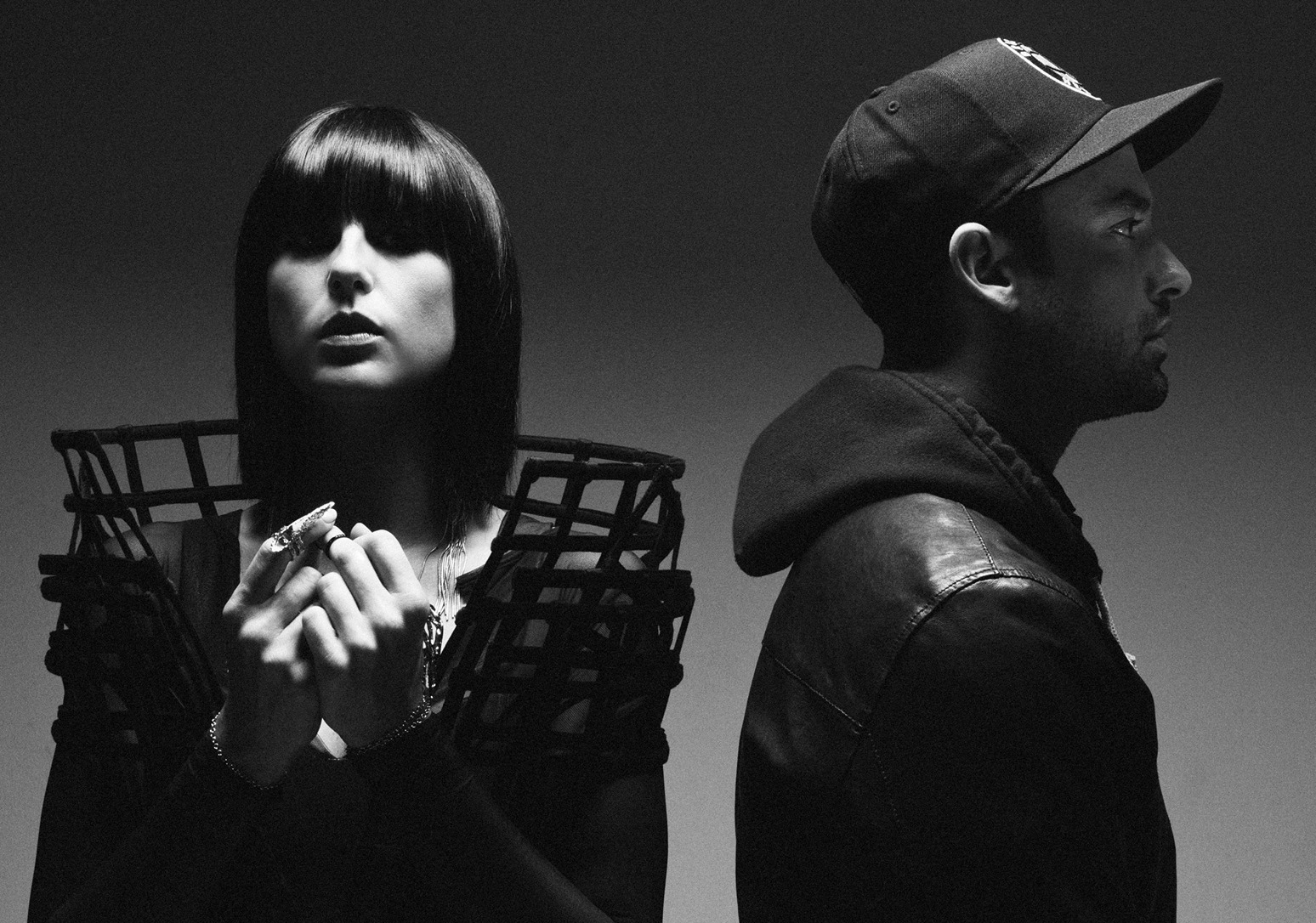 Phantogram and the Art of Post-Everything Pop

Whenever I try describing Phantogram’s music to a friend I find myself stringing together an absurd number of genre tags: Indie pop, electro-pop, dream pop, shoegaze, dance pop, electronica, and even that dusty, old relic known as alt-dance have all been uttered at one time or another. Phantogram aren’t alone in their ability to mix and match genres with what seems like algorithmic complexity. A new generation of post-everything artists have emerged in recent years, and they’re laying waste to music categories that for decades seemed fixed in place. Of course, some of these musicians are more indie-based (Glass Animals and Young the Giant come to mind), while others, Frank Ocean and The Weeknd included, are more rooted in R&B, yet the result ultimately is the same. Are we witnessing the death of genre? Probably not. But the map certainly is getting redrawn in some very fundamental ways. 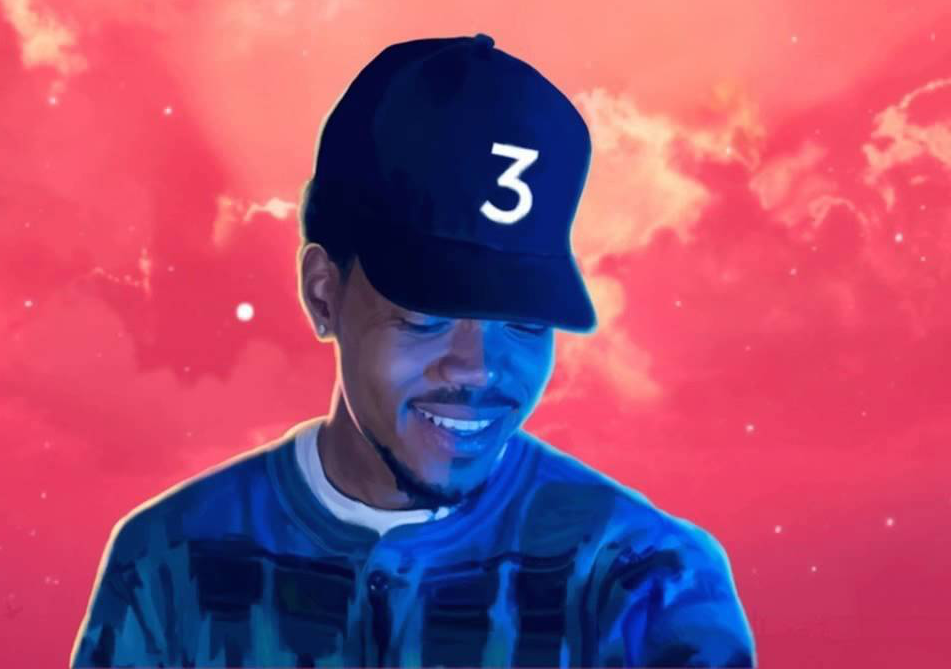 Chance the Rapper owned hip-hop in 2016. He provided the musical backbone of Kanye’s Life of Pablo, partied with Beyonce at the VMAs, hung out with Obama at the White House, headlined his own festival, and released the groundbreaking mixtape/album Coloring Book. In terms of larger cultural impact, there’s very few rappers this decade who’ve matched Chance’s 2016 run. To an extent, it seems destined that Chance the Rapper would reach this stature -- he’s been buzzed about in underground circles since his 2012 mixtape 10 Day, and he comes from the upper echelons of Chicago’s political elites: his father is currently serving as the chief of staff for Mayor Rahm Emanuel -- but his moment in the limelight is a weird by-product of a dark political and cultural moment. The joy and euphoria of his rhymes, and the mindfulness and positivity of his persona, provide an anecdote to 2016’s riots, terrorism, police shootings, and political demagogues. He embodies the way we want to see ourselves, our future and our culture. For hip-hop fans, particularly those who fashion ourselves purists of a certain variety, he also reflects how we’d like to think of the genre. And part of the joy of listening to Coloring Book is picking apart his influences and how he reflects hip-hop. The smartly euphoric uplift of “No Problems” recalls Kanye during his pop maximalism peak, while the “Blessings” channels the strands of gospel that pops up in everyone from Tupac to Anderson.Paak. Though he reps his hometown of Chicago -- and his music contains echoes of everyone from Juke legend DJ Rhashad to classic boom bap icon Common -- he’s also has omnivorous tastes, channeling LA underground absurdists Freestyle Fellowship and the sludgy H-Town hip-hop of Mike Jones. For this playlist, we trace some of those influences and try to unpack Chance’s deceptively dense masterpiece, Coloring Book. You can subscribe to the playlist here. We’ve also curated a playlist of some of our favorite interviews of the rapper. Check it out below. -- Sam Chennault 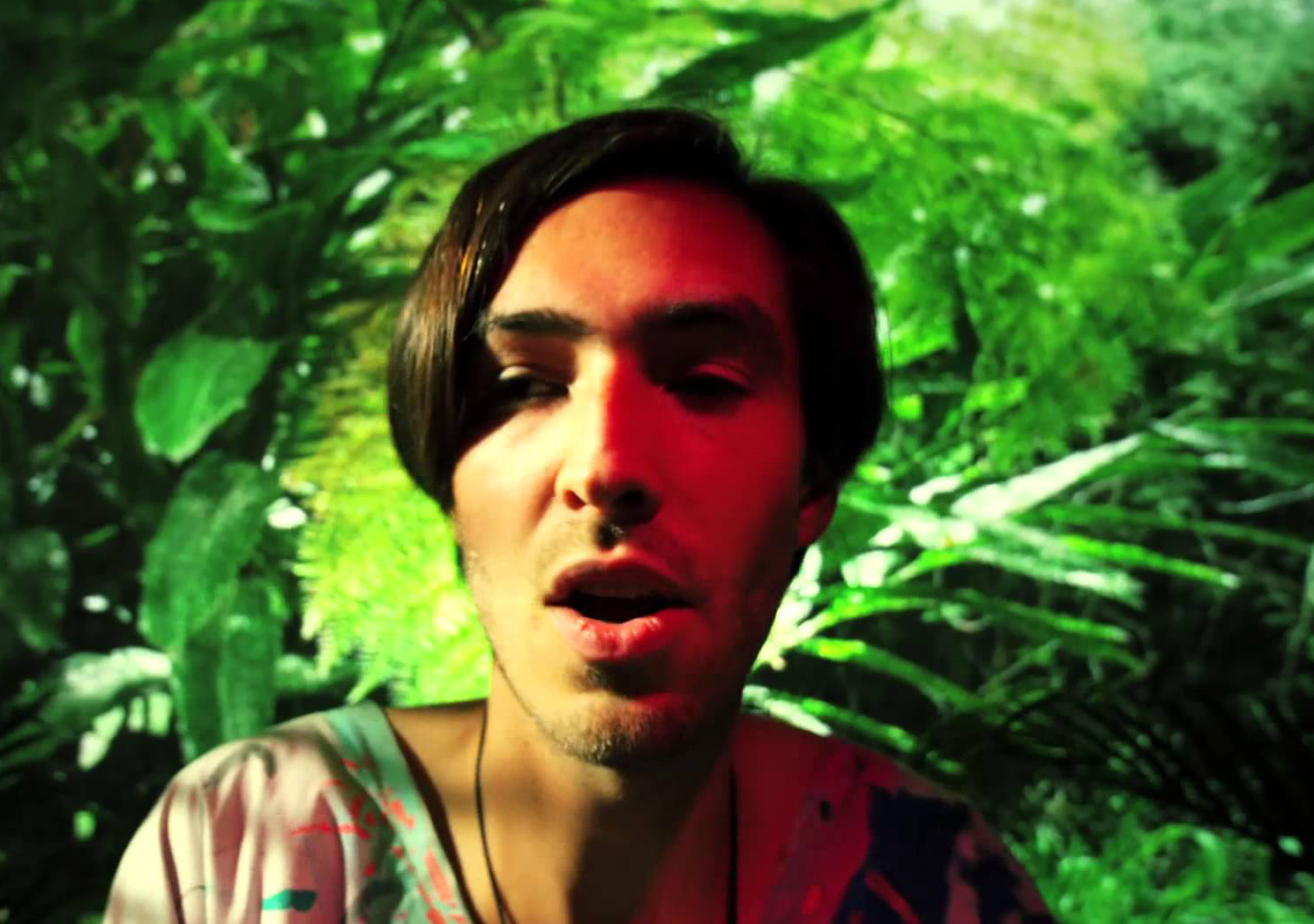 Once you get past all the decadent, gaudy squalor of Hollywood, perhaps the most defining characteristic of Los Angeles is the myriad of gentle, swaying palm trees lining the streets, standing tall and surreal against the smog-stricken sky. L.A. is an urban tropicalia muddied by human ambition and confusion, and this sensibility has seeped into some of the most prominent and experimental artists working in the city today. Whether it’s in the chime-ridden new age of Leaving Records, the sandy jam sessions of Not Not Fun, or any of the sundry attitudes that coalesce under the local community radio standard-bearer Dublab, you can hear the palm trees coming through in the forward-thinking sounds of the L.A. underground, becoming churned from an object of paradise into something caught between imagination and reality. This mix gathers some of the most exciting voices making music in Los Angeles today, and attempts to find some common ground in their scattered, psychedelic visions. 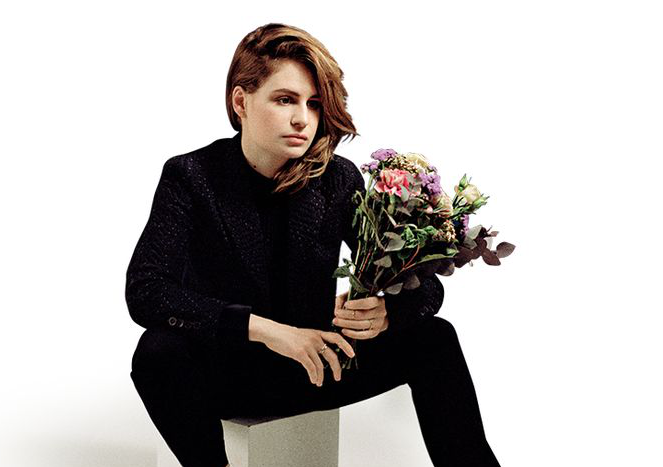 Growing up a deeply closeted queer kid, I didnt know that all it would take for me to come careening out of the closet was a visible queer hero. When I discovered underground lesbian filmmaker Sadie Benning in my teens, it was a sucker punch to my carefully constructed “straight” facade. Oh, I was queer. Oh, I was a weirdo. Oh, Im really OK with that. Id spend the next decade gently coming out to various people in my life and discovering underground queer hero after underground queer hero. But when I look to todays artists, those who courageously and unabashedly wear their identities with pride, who challenge mainstream gender norms and publicly claim their queerness as undying strength, my heart sings for all the listeners who find themselves in their music — who can find pride, self-acceptance, and joy in their queerness. From Frank Oceans minimalist heartache to Alynda Lee Segarras folk outfit Hurray For The Riff Raff, from Christine and the Queens androgynous synth-pop to Against Me!s transgender dysphoria blues, this mix from the class of 2015/16 reveals a queerness thats both everything and nothing, complex and simple, political and personal. 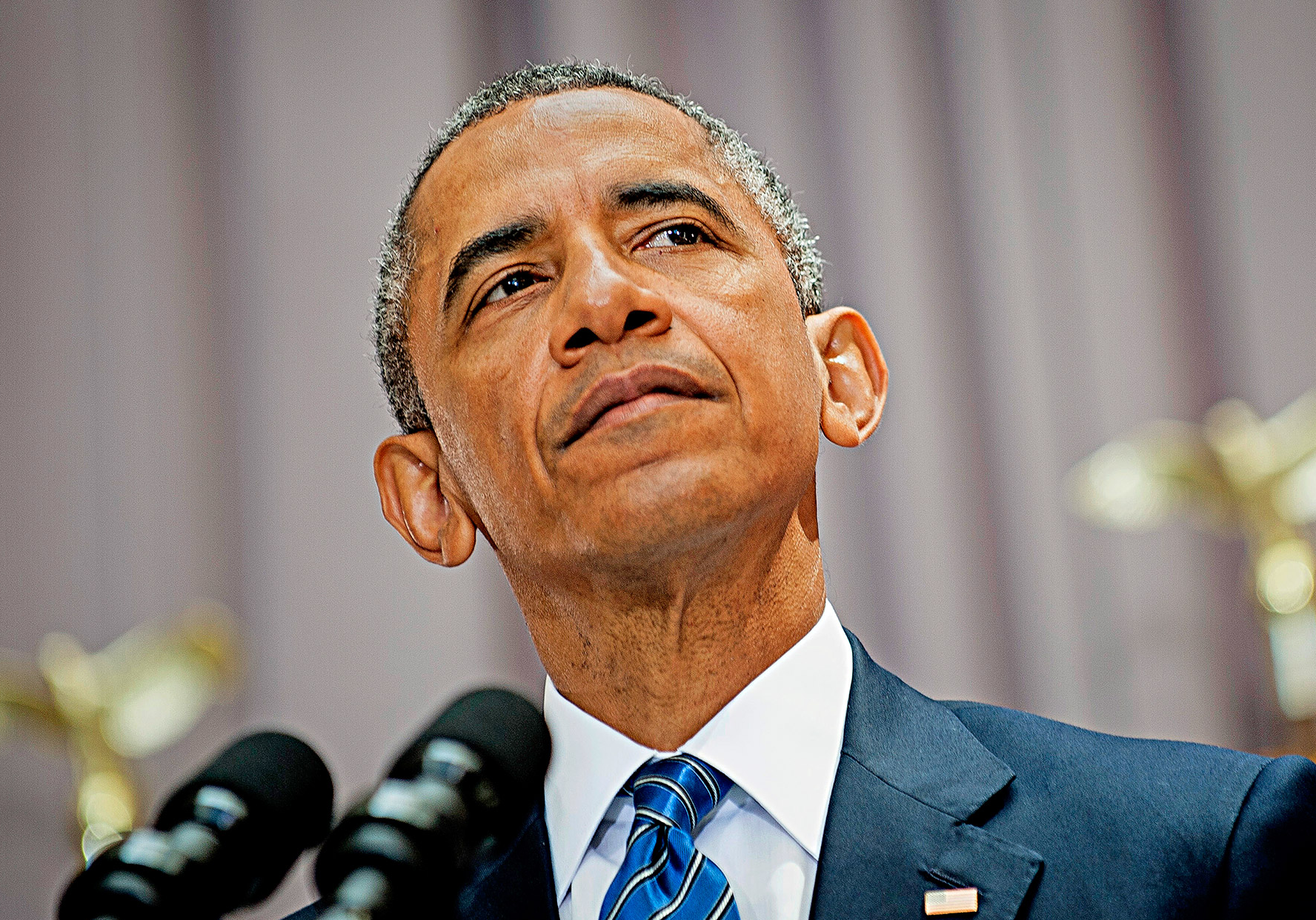 As President Barack Obama’s historic term in office winds to a close, his legacy remains unsettled, and so does his presence within hip-hop culture. When he emerged in the mid-2000s as a talented Illinois senator, Chicago rapper Common rapped on Jadakiss’ “Why” remix with eerie prescience, “Why is Bush acting like he trying to get Osama/Why don’t we impeach him and elect Obama?” Four years later, as Obama capped a historic run to the White House, he became a pop culture meme celebrated on Jeezy’s “My President is Black” and Nas’ “Black President.” But there was also an emerging leftist critique against the Democratic president– see Mr. Lif’s “What About Us” and dead prez’ “Politrikks” – and that criticism only increased as he battled with an implacable Republican Congress, failed to prosecute Wall Street executives responsible for the 2008 economic recession, struggled to extricate the country from wars in the Middle East, and tried to bring the country out of an economic recession.Only time will tell which image resonates the most: the pop icon from Jidenna’s “Long Live the Chief” who shifted the country towards steady but incremental progress, or the establishmentarian whose policies resulted in insubstantial trickle-down gains for the working class, leading African-Americans like Ice Cube to declare that “Everythang’s Corrupt.” The arrival of his Republican successor, real estate tycoon Donald Trump, only muddies the waters of how we’ll eventually perceive this historic figure. As YG raps on “FDT,” “[Trump] got me appreciating Obama way more.” 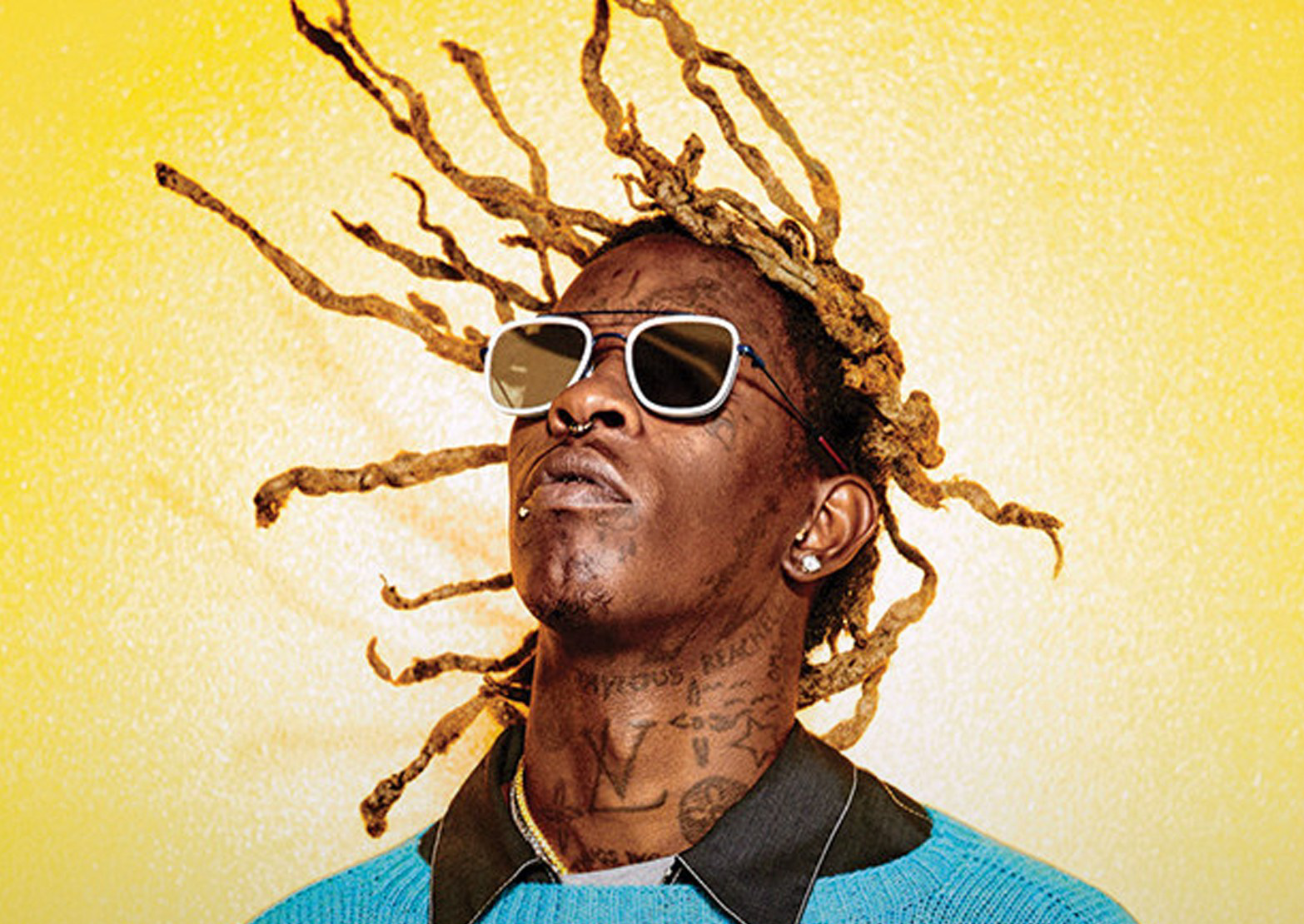 Subscribe to the Spotify playlist here.Young Thug cemented his place as one of the most unique and exciting artists in hip-hop with his 2016 output, which included three brief but potent albums: I’m Up; Slime Season 3, the third installment in his Slime Season trilogy; and JEFFERY, a collection of odes to his personal heroes titled after their given name. Along the way, he also released essential one-offs like “Gangster Shit,” collaborated on hit singles with Usher and Travi$ Scott, and stole the spotlight on albums by Chance The Rapper and Kanye West. And through it all, he continued to twist and warp his inimitable voice into new shapes and tuck subtle wordplay into his lyrics. 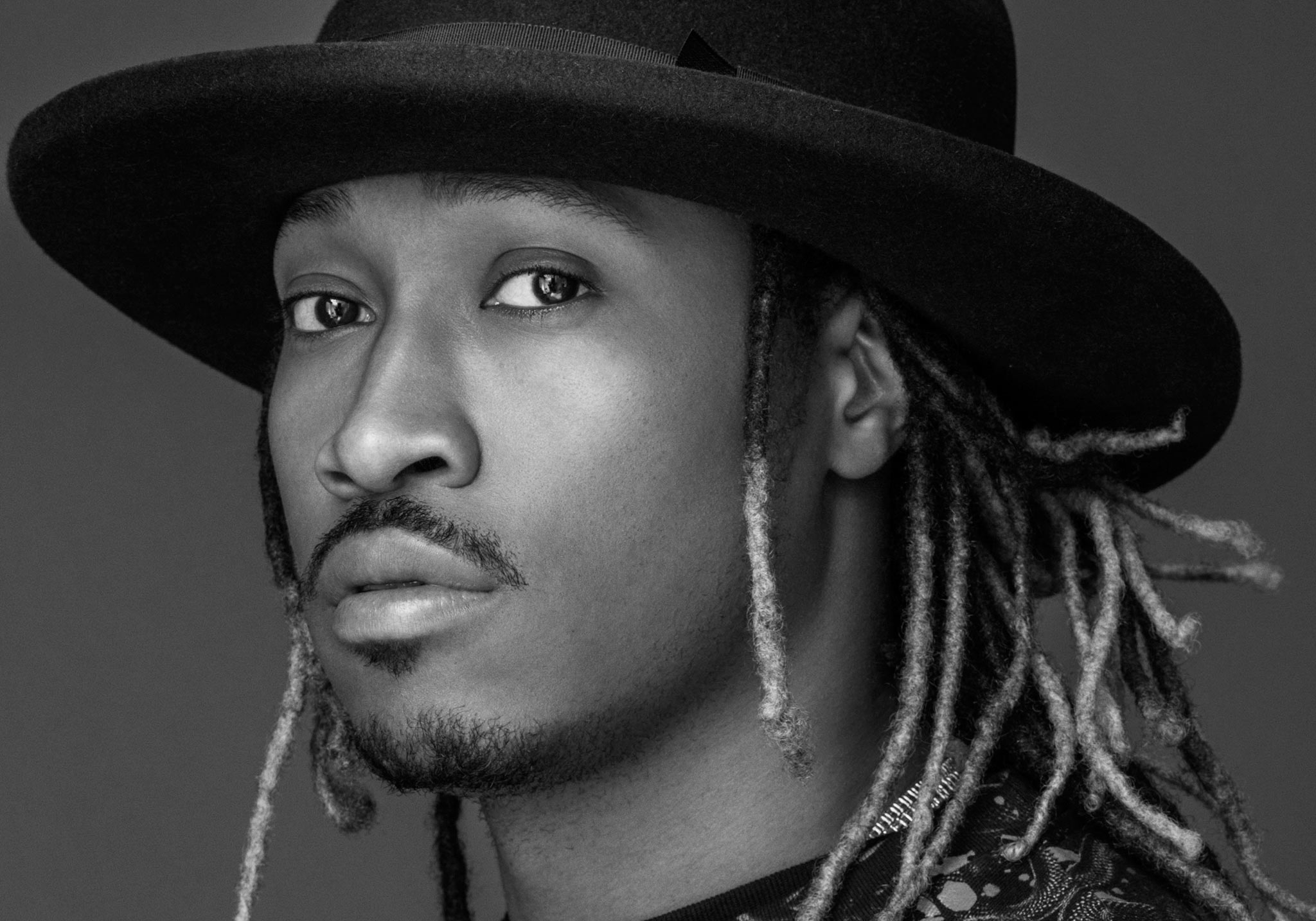 Future’s career reached new heights in 2015 thanks to his prolific mixtape output, and he continued the pace in 2016. January brought the mixtape Purple Reign, which spun off one of his biggest solo hits, “Wicked,” and February brought the chart-topping album EVOL, with brooding favorites like “Low Life” featuring The Weeknd. He linked up with Lil Uzi Vert and Rich Homie Quan on the Future-dominated DJ Esco mixtape Esco Terrestrial, guested on hits by 21 Savage and A$AP Ferg, and continued his partnership with Drake beyond What A Time To Be Alive. But perhaps the biggest surprise of the year was that even Jay-Z wanted Future on the hook, for the DJ Khaled single “I Got The Keys.”